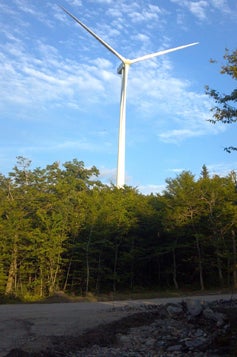 Spanish electric utility Iberdrola has announced that it has commissioned three new wind farms in the US, where it already has more than 5,700MW of installed capacity.

The Manzana, Groton and Hoosac wind power projects, with more than 256MW combined capacity, are located in the states of California, New Hampshire and Massachusetts respectively.

"Iberdrola intends to allocate 16% of its total investments of around €1,700m in the US."

The Manzana facility has an installed capacity of 189MW, is located close to the towns of Rosamond and Tehachapi in Kern County. It consists of 126 turbines manufactured by General Electric (GE).

Located in the town of Groton in Grafton County, the Groton wind farm is equipped with 24 Gamesa turbines, each with a 2MW capacity.

The Hoosac wind project, in the municipalities of Florida and Monroe, comprises 19 GE 1.5MW wind turbines and has a total installed capacity of 28.5MW.

Iberdrola intends to allocate 16% of its total investments of around €1,700m in the US in 2012-2014 for renewable energy projects.

Image: Spain’s Iberdrola has more than 5,700MW of installed capacity in the US. Photo: courtesy of Iberdrola.