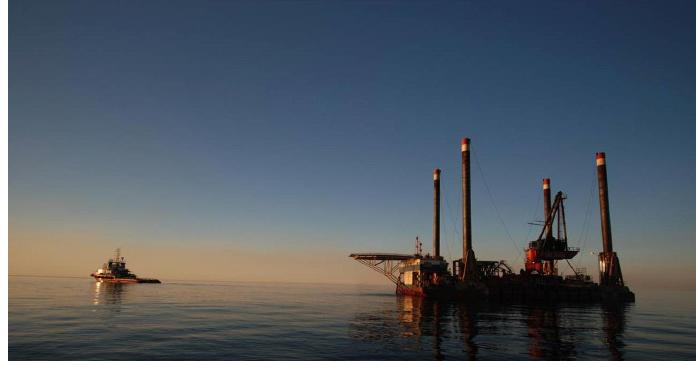 In July 2013, Carnegie awarded the contract to Keppel Prince for the materials for the structural pile foundations for the project, to be located at Garden Island off the coast of Western Australia.

Carnegie planning engineer Neil De Tisi said the company selected Keppel to fabricate the foundations and installation aids for the project and announced that Keppel had delivered the high quality materials on time.

As Carnegie’s installation contractor, Fugro Seacore (Australia) is currently installing the pile foundations and expects to complete it during the fourth quarter of 2013.

Fugro also announced the arrival of the foundation installation vessel, the Ensung, to the Australian Maritime Complex in Henderson that will be fitted in the near future.

"Fugro also announced the arrival of the foundation installation vessel, the Ensung, to the Australian Maritime Complex in Henderson."

The Western Australian and Australian federal governments have also provided a total of A$387,810 to complete foundation milestone at the project under their LEED and ARENA grants respectively.

Once commissioned during the first quarter of 2014, the project will sell its output to the Department of Defence for HMAS Stirling located on Garden Island.

In September 2013, Carnegie awarded a contract to ABB Australia for the onshore plant and process control system for the project.