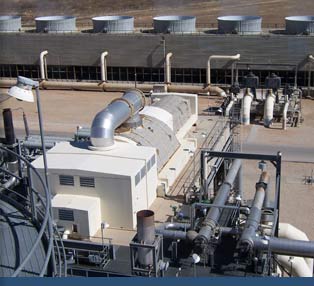 Subject to customary conditions and regulatory approvals, the transaction is likely to be completed late in the fourth quarter of 2013 or early in the first quarter of 2014.

Located in the Permian Basin region of west Texas, the plant, which became operational in 2001, supplies power to the Electric Reliability Council of Texas (ERCOT) system.

Earlier in June 2011, Odessa Power, a subsidiary of Energy Capital Partners II, purchased the project from PSEG Power under an asset purchase agreement for a cash consideration of $335m. The plant is managed by its Odessa Power’s affiliate, EquiPower Resources.

The project was built in two phases, with phase one becoming operational in July 2001, while the second phase went into service in August 2001.

The plant uses well water for cooling and steam production, and has the ability to use the city of Odessa Reuse water for the same.

In addition to this, the plant is equipped with a highly automated distributive control system, which allows operators to perform and oversee all plant equipment from within the control room and with minimal human interaction.

Image: The facility has a capacity of 1,055MW. Photo: courtesy of Odessa Power.