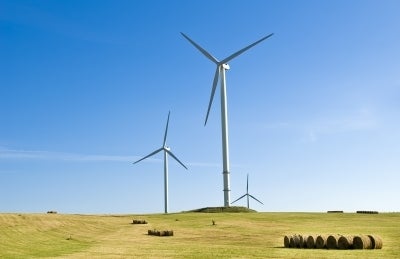 The Department of Energy, South Africa (DOE) has selected a consortium led by Mainstream Renewable Power as preferred bidder for the three large-scale wind energy projects totalling 360MW in the Northern Cape.

Selected under the third round of the South African Government’s Renewable Energy Procurement Programme, the projects will attract a total investment of ZAR9bn (€662.2m).

The consortium expects to reach a financial close on the three projects by August 2014 with construction set to begin in the same year.

"The consortium expects to reach a financial close on the three projects by August 2014 with construction set to begin in the same year."

Barclays, the Development Bank of Southern Africa and the Danish export credit agency EKF have arranged and underwritten the debt for the projects.

Mainstream Renewable Power chief executive Eddie O’Connor said that the consortium’s three projects are among the 17 preferred bids selected out of the 93 bids submitted.

"Mainstream is now the leading developer of renewable energy in South Africa; we have three wind and solar projects due to be operational in the coming months and now a further three large-scale wind farms due to start construction next year," said O’Connor.

In addition to this, Mainstream consortium has also won wind and solar projects totalling 238MW in the first round of the programme in 2011 and those projects are expected to be operational in mid-2014.