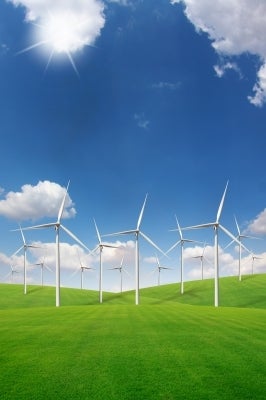 The Norwegian Government has granted licenses for the construction of eight wind power projects in the country with a combined capacity of 1.3GW.

Norway’s oil and energy ministry said that around $3.32bn will be invested in these eight projects, which will have 450 wind turbines.

SAE Vind, Sarepta Energi and Zephyr, which counts Denmark’s Dong Energy as a stakeholder, have received the licenses.

The wind farms will be built around the city of Trondheim, an area with a power deficit.

In addition to this, state-owned transmission grid operator Statnett has received a license to construct a new 420kW power line to connect the wind farms.

Decision on the final investment by the companies is expected to be taken by 2015, while the first wind turbine in the area is likely to be up and running in 2018.

The ministry said, "Overall, the eight wind power plants will be the world’s largest wind power project. The total investment of around Nkr20 billion is one of the largest investments ever in mainland Norway."

Currently, Norway gets the majority of electricity from hydro plants and has 775MW of installed wind capacity, which is less than neighbouring country Sweden.

In 2012, the countries have introduced a market-based renewable support scheme to increase generation from solar, wind, small hydro and bio by 26.4TWh a year by the end of 2020.

The eight newly-approved projects could contribute up to 3.7TWh of this goal.

Image: The eight wind power projects will have a combined capacity of 1.3GW. Photo: courtesy of Freedigitalphotos.