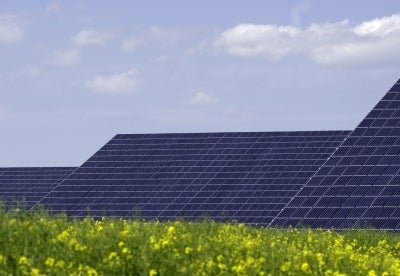 Prudential Capital will now become an indirect minority owner, while Tenaska affiliates will retain majority ownership and continue to manage the project. The Royal Bank of Canada is advising Tenaska in the transaction.

The ground-mounted photovoltaic solar project, which will generate enough electricity to power around 44,000 California homes, supplies its output to San Diego Gas & Electric (SDG&E) under a 25-year power purchase agreement signed between the companies in November 2010.

Having secured approval from the Imperial County Planning Board in May 2011, the company had started construction activity in December 2011 and delivered the first power from the project to customer SDG&E in May 2013.

News
ENEC starts third unit of 5.6GW Barakah Nuclear Plant in UAE
Data Insights
View All
"The latest equity investment builds on the relationship between the company and Prudential, which has been a lender to Tenaska projects for many years."

Owned by CSOLAR IV South, a Tenaska affiliate, the project is connected to the grid through SDG&E’s newly completed 117-mile Sunrise Powerlink, a renewable energy transmission link that will deliver green power generated in the Imperial Valley to the San Diego region.

Another Tenaska affiliate Tenaska Solar Ventures has developed the project with initial development assistance provided by LightSource Renewables, while First Solar is the PV technology provider.

Together Tenaska and First Solar have created 500 construction jobs and have worked to maximise hiring of qualified local workers with 70% of the total jobs coming from local communities including Imperial County, including Brawley, El Centro, Heber, Imperial and Calexico.

Tenaska vice-chairman and CEO Jerry Crouse said that the latest equity investment builds on the relationship between the company and Prudential, which has been a lender to Tenaska projects for many years.