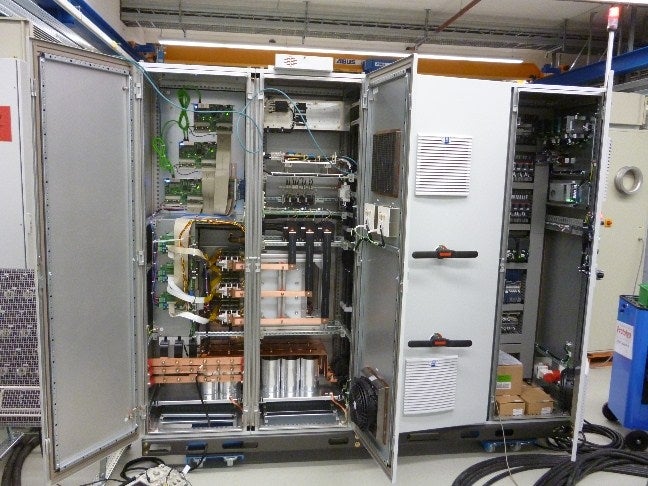 The German Ministry of Education and Research has supported the project under its ‘Power Electronics for Improved Energy Efficiency’ initiative, while the federal government has backed the project as part of its high-tech strategy and ‘Information and Communication Technology 2020’ (ICT 2020) initiative.

With total funding of around €1.2m from the initiatives, the project, named ‘More efficient use of regenerative energies with multi-level topologies – EEMT’, has led to the design of a new type of converter system, which can efficiently convert electrical energy for the power supply network.

"The participants have developed a 1MW prototype to test the functionality and to check all of the technical features for the project."

The new systems are equipped with intelligent three-point phase components, which allow increasing the voltage level to just under the medium level for low-voltage applications having their own grid connection transformers, such as wind turbines or solar power modules, thereby increasing energy efficiency and reducing losses.

Originally initiated for improving the efficiency of wind turbines, the project has an expanded scope as these converters could also be used with drives for raw materials mining, with main drive and onboard power supply systems in rail vehicles, for 1,500Vdc overhead lines as well as with solar inverters.

The participants have developed a 1MW prototype to test the functionality and to check all of the technical features for the project.