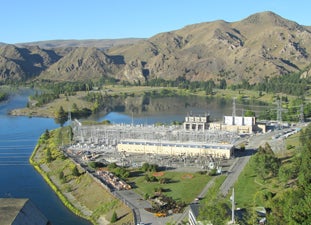 Siemens has completed the inter-island connector Pole Three high-voltage direct current (HVDC) transmission link project worth up to $672m at Benmore in the South Island and Haywards, just north of Wellington, for Transpower New Zealand.

The HVDC link, which connects Benmore substation in the South Island and Haywards substation in the North Island, consists of 571km of transmission lines and 40km of submarine cables that make up two separate circuits with major converter systems at each end.

This upgrade to the existing HVDC link between the country’s north and south islands will expand the power transmission capacity from 900MW to up to 1,200MW and enables reliable energy transmission between the islands.

As part of the turnkey project, which took three years of construction and testing, Siemens has supplied two converter stations (rated at 700MW continuous and an overload capacity of 1,000MW for 30 minutes) and replaced aging converters with the new technology.

"This upgrade will expand the power transmission capacity from 900MW to up to 1,200MW and enables reliable energy transmission between the islands."

The Pole Three equipment features three thyristor valves housed at a new Pole 3 valve hall at each location (Benmore and Haywards), four transformers at each location, and a control system to make it all work.

Besides, Siemens will upgrade the control and protection system of Pole Two, and add a +/- 60 MVar SVC PLUS system.

The Pole Three project is Siemens’ second major power transmission project in the region, with first being the Basslink high-voltage direct current link between Tasmania and the Australian mainland.