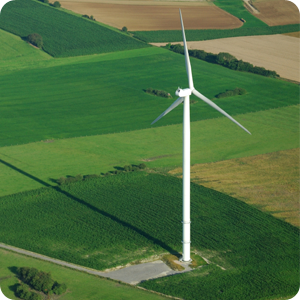 The project, which is touted as the world’s largest community-sponsored wind farm, will feature around 500-650 turbines, spanning more than 122,000 acres, owned by 340 different landowners, in southern Hale County and Floyd County.

The company plans to develop the project in five phases with 200MW phase one expected to be operational in 2015, while the remaining phases to come online by 2018. The project, which has more than 450 shareholders, will be interconnected with two national grids within one project area.

A new 345kV transmission line that is planned for completion by mid-2014 from Tuco to Woodward, Oklahoma will pass through the southern part of the project.

The project is likely to supply around 500MW to the Electric Reliability Council of Texas, while the remaining 600MW will be delivered to Southwest Power Pool Electric Energy Network.

"The construction of the wind turbines will create many temporary jobs in the area."

Many of the shareholders are landowners and those who have leased land for the project will get a share of the royalties for the electricity once the project becomes operational.

If the company begins initial construction during 2014 as scheduled, then the entire project will qualify for any tax credits and federal incentives.

Tri Global senior vice-president of investor relations, Curtis King, said that the construction of the wind turbines will create many temporary jobs in the area.

"Once we get the wind farm up and running, there will be at least 100 permanent jobs. These will be high-paying jobs. It’s not something that will be around for just 10 years, wind farms will be a permanent fixture that will go on for several generations," said King.