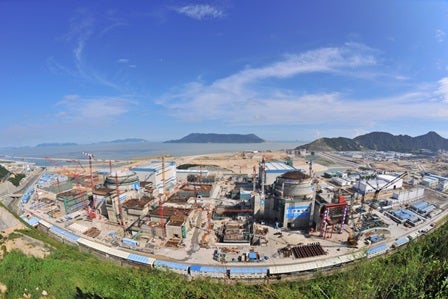 The UK Government and EDF Energy have signed an agreement on the key terms of a proposed investment contract for the Hinkley Point C nuclear power station in Somerset, that will generate enough electricity to power around six million homes.

The agreement sets a strike price of £89.5 (€105.9)/MWh fully indexed to the consumer price index, and that price benefits from an upfront reduction of £3 (€3.5)/MWh, assuming that the developer would share the costs of the EPR reactors across the Hinkley Point C and Sizewell C sites.

The key term implies that if the developer does not take a final investment decision on Sizewell C, the strike price for Hinkley Point C will be £92.50 (€109.4)/MWh.

In addition, EDF announced two Chinese companies, CGN and CNNC, are likely to participate in the project as minority shareholders.

EDF Energy had submitted the proposal to the Department of Energy and Climate Change (DECC) in October 2011 and received a development consent order to build, operate and decommission the proposed plant and associated development on 19 March 2013.

The proposed project, which attracts an investment by EDF and its partners of approximately £16bn (€18.9bn), has also received a nuclear site licence and generic design assessment from the Office for Nuclear Regulation and necessary environmental clearances from the Environment Agency.

Spanning across the 4300-acre site – reducing to 165 acres once operational – the proposed plant will create around 25,000 construction jobs and 900 permanent jobs.

"EDF announced two Chinese companies, CGN and CNNC, are likely to participate in the project as minority shareholders."

For the electricity transmission infrastructure of the plant – Hinkley Point C connection project, National Grid has announced the draft route for the new 400,000V power connection between Bridgwater and Seabank near Avonmouth, following three years of planning and public consultation.

EDF Energy and other investors will fund the project, while consumers will pay for the electricity it generates from 2023 through their bills.

DECC secretary Edward Davey said that the station will be the first in the country that will be built without money from the British taxpayer.

Commenting on the development, CBI director-general John Cridland said this is a landmark deal, which will help them meet their future energy challenges, while boosting jobs and growth.

"New nuclear plants must be a fundamental feature of our future energy landscape, and Hinkley Point C is the starter gun to securing the investment we need," Cridland said.

"Amid understandable public concern about rising bills, it’s important to remember this investment will help mitigate the impact of increasing costs.

"The fact is whatever we do, energy prices are going to have to go up to replace ageing infrastructure and meet climate change targets – unless we build new nuclear as part of a diverse energy mix."