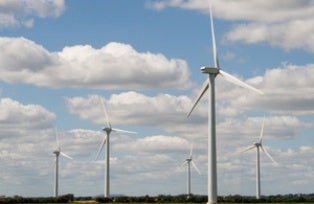 The UK and Ireland have signed a memorandum of understanding (MoU) to study the potential of renewable energy trading between the two countries.

UK Energy Secretary Ed Davey and Irish Minister for Communications Energy and Natural Resources Pat Rabbitte said the agreement would benefit the economies of both countries.

The UK has a target to generate 15% of its energy from renewable sources by 2020 Importing renewable energy from Ireland could help meet that goal.

Davey stated that power trading with Ireland was expected to increase the amount of green power in UK’s energy mix and lower costs for British consumers.

"Making the most of the natural renewable resource available around our islands could benefit the economies of both countries," Davey added. "The memorandum of understanding marks the continuation of close working between our governments on the potential for energy trading."

Rabbitte highlighted the potential of Ireland to generate more wind energy than consumed in the country.

"Making the most of the natural renewable resource available around our islands could benefit the economies of both countries."

"The opportunity to export this green power presents an opportunity for employment growth and export earnings which we must seize if we can," Rabbitte added.

"We will tease out the very complex engineering and market issues so that, subject to their successful resolution and a decision by UK and Irish ministers to proceed, in a year’s time, we will be in a position to make an intergovernmental agreement providing a formal basis for energy trading."

Commenting on the signing of MoU, RenewableUK deputy chief executive Maf Smith said: "It’s worth noting that the Memo specifically states that the costs and benefits for both countries are being closely analysed at every stage by both governments to ensure mutual advantages.

"As well as keeping our electricity bills down, major initiatives like this create significant opportunities for British companies to help build infrastructure; manufacturing and laying undersea cables, for example."

Image: The latest MoU on energy trading has economic benefits to both Ireland and the UK. Photo: courtesy of Crown.