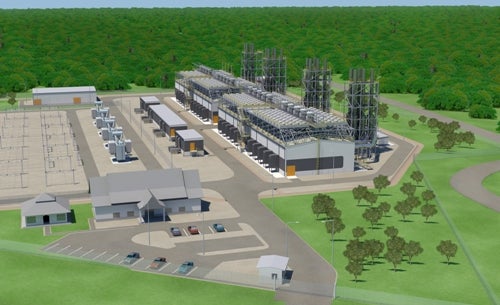 Finnish corporation Wartsila has secured a contract from PT Wijaya Karya (Persero) to supply the engineering and equipment for a new peaking gas power plant power under construction in Indonesia.

According to the contract, Wartsila will supply 19 Wartsila 34SG engines running on liquefied natural gas (LNG) to the 184MW Arun power plant located in Lhokseumawe in Aceh Special District in northern Sumatra.

Wartsila claims that its solutions feature modern combustion engine technology and provide superior flexibility and high efficiency at any load, which maximises the use of renewable energy sources while meeting the increasing demand for peak load.

The project, which is being built by Wijaya Karya on behalf of state utility company PT Perusahaan Listrik Negara (PLN), is slated to be handed over and become fully operational in March 2015.

To be handled on a fast-track basis, the project will strengthen the Aceh Special District electricity system, ensuring a reliable electricity supply to consumers during peak loads, while stabilising the grid.

"The project will strengthen the Aceh Special District electricity system, ensuring a reliable electricity supply to consumers during peak loads, while stabilising the grid."

In September 2012 PLN solicited bids for the engineering, procurement and construction of the Arun gas power plant at up to $200m.

The project, which will be used to handle the region’s fluctuating power demand, entails the need for smart power generation, a new concept that enables an existing power system to operate at maximum efficiency by absorbing current and future system load variations, while providing significant savings on the system level and also for consumers.

"When completed, the Arun gas power plant will be able to strengthen the Aceh electricity system and will support PT PLN’s effort to bring reliable electricity to the consumers," Purohit said.

"This important project will further enhance awareness of the efficiency and flexibility of Wärtsilä’s power plant solutions in the Asian market."