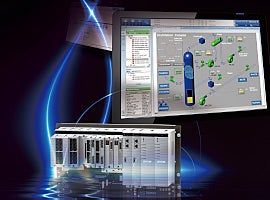 Yokogawa India, a subsidiary of Yokogawa Electric, has won a contract from NTPC to supply control systems for the Kudgi supercritical coal-fired thermal power plant being built in the Bijapur district of Karnataka state, India.

To be built with a total investment of INR151.6bn (€1.8bn), the project will feature three 800MW units totalling 2,400MW in Kudgi village. The project, which will create around 3,000 jobs, will commission its first unit in June 2015, NTPC claims.

According to the contract, Yokogawa will supply the CENTUM VP integrated production control system, DPharp EJA series differential pressure/pressure transmitters, oxygen and liquid analysers, a CCTV system, a battery-powered UPS system and a paging system for each of the three units at the plant.

Yokogawa will also be the in charge of executing the project, including engineering, installation, commissioning and operator training.

In February 2012, Toshiba JSW Turbine and Generator, a subsidiary of Toshiba, was awarded a contract valued at around €343.1m for the supply of three supercritical steam turbine and generator island packages.

Additionally, L&T IDPL was awarded the contract by bid coordinator REC Transmission Projects to construct the power transmission line project on build, own, operate and maintain basis to transfer power from the plant.

The entire project (both power plant and transmission line) has already received approval from the Indian Ministry of Environment and Forests.