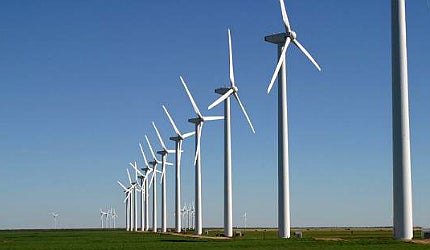 The United States is at a crossroads between two very different energy policies, and the route it chooses to follow will largely depend on its preferred presidential candidate.

"It seems that Romney has the edge over President Obama when it comes to persuading the oil and gas community to vote for him."

Down one road, Barack Obama is waving the flag for renewables. Down the other, Mitt Romney is urging the country to vote for an energy future based on the production of oil and coal.

Romney appeared to be slipping in the polls last month. That was, until he emerged as the winner of the first presidential debate, much to the delight of his fellow Republicans.

But it’s not clear how far the debate will influence the crucial segment of the electorate that remains undecided. And there are two debates to go before the 6 November election.

The question is how will energy companies fair with either man in charge?

It seems that Romney has the edge over President Obama when it comes to persuading the oil and gas community to vote for him.

Since Obama took office, domestic oil and gas production has increased every year and in 2011, US oil production reached the highest level in nearly a decade, with natural gas at an all-time high.

But as Romney claimed in the first presidential debate, all increases in the production of these fossil fuels happened on private land. On government land, the Obama administration has significantly reduced the number of permits and licenses. 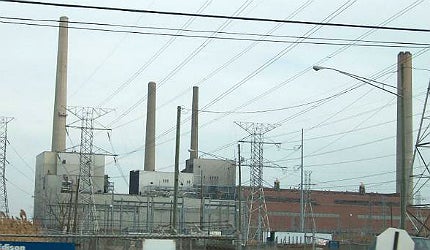 In contrast, Romney promises to double these public permits and licenses if he is made president, supporting the "Drill, baby, drill!" Republican campaign slogan first used by former Maryland Lieutenant Governor Michael Steele in 2008.

Obama wants to open more offshore areas for drilling around the US, but would continue to freeze production off the Pacific coast and most of the Atlantic coast. Oil imports to the US were cut by ten percent in 2011, but the Democrat hopes to further reduce America’s dependence on foreign oil as an energy resource.

Romney, on the other hand, has proposed to open all waters for drilling and approve the Keystone XL pipeline which would carry oil sands from Canada to US refineries, a plan which has so far been thwarted by the Obama administration.

Mitt Romney likes coal, and has said as much since his political campaign began. The problem is Obama’s push to drive the growth of renewable energy is standing in his way.

"Obama, if he enters a second term as president, says he plans to invest in the "energy sources of the future" including wind, solar and biofuels."

Romney argues that the president’s policies are "crushing" the coal industry and creating a seeping hole in the job market. Some may find it ironic that he recently closed a coal mine in Ohio for the purpose of a rally, which miners were allegedly obliged to attend without pay.

Obama, if he enters a second term as president, says he plans to invest in the "energy sources of the future" including wind, solar and biofuels. The Democrat promises to "put an end" to subsidies for big oil companies which would help bring alternative energy sources to market.

Speaking at the first presidential debate on 3 October, Romney said it’s unfair to remove tax breaks for oil companies when, in one year, Obama provided "$90bn in breaks" to the green energy world. "That’s about 50 years’ worth of what oil and gas receives," he said.

According to a 2010 report from the White House Council of Economic Advisers on the American Recovery and Reinvestment Act, however, this $90bn in funding was earmarked for "clean energy investments" such as grid modernisation, the development of high-speed rail and carbon capture and sequestration technologies. Only $2bn, or 2.2%, of this figure was proposed for clean energy equipment manufacturing tax credits.

Mitt Romney, although less vocal about the subject, says he likes green energy and promises to burn ‘clean coal’ if he is made president. On the other hand, he also envisions removing the power of the US Environmental Protection Agency to regulate emissions of carbon dioxide.

Whatever the consequence of the 2012 US election, if one vision wins, the other must lose. The real concern here is, with such differing ideas about energy security, either candidate could be given the power to keep the lights on for one sector of the industry and simultaneously pull the plug on the other.