In 2021, the power sector faced significant challenges across the entire value chain. These included spiking energy costs, transitioning to renewables, and safeguarding assets against extreme weather conditions.   The Internet of Things (IoT), billed as a key part of the next industrial revolution, can significantly transform the power sector by optimizing operations, managing asset performance, and engaging customers to lower energy costs.    GlobalData’s IoT in Power Thematic Research report provides you with an in-depth lens into the impact of IoT on the industry. We highlight both the challenges and opportunities associated with the innovative technology now, and in the future. Our report also covers:  According to GlobalData figures, global IoT revenue in the energy sector will reach $59 billion by 2025, up from $34 billion in 2019. Ensure your company is proactive in adapting strategies and processes to help you remain competitive.  Download the full report to get ahead of the competition.
By GlobalData 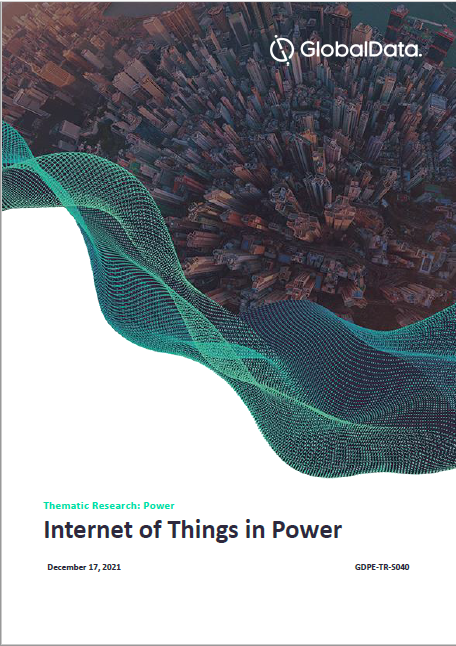 This type of digital twin allows companies to build and refined planned facilities within software before breaking ground. This enables them to change designs more easily and gather feedback on those designs from those who will work in them quickly, optimising the plant before construction begins. ITM contracted offshore services supplier Worley to design the plant within facility modelling software Optiplant, made by Aspen Technology. The program then fed data into NVIDIA’s Omniverse software, which produced a visualised 3D model for teams to work on collaboratively. Nvidia, best known for its computer hardware manufacturing, launched its Omniverse platform in 2021. We spoke to Marc Spieler, global energy director at Nvidia, about the limits of the technology and the practicality of visualising a new industry.

In 2021, the power sector faced significant challenges across the entire value chain. These included spiking energy costs, transitioning to renewables, and safeguarding assets against extreme weather conditions.   The Internet of Things (IoT), billed as a key part of the next industrial revolution, can significantly transform the power sector by optimizing operations, managing asset performance, and engaging customers to lower energy costs.    GlobalData’s IoT in Power Thematic Research report provides you with an in-depth lens into the impact of IoT on the industry. We highlight both the challenges and opportunities associated with the innovative technology now, and in the future. Our report also covers:  According to GlobalData figures, global IoT revenue in the energy sector will reach $59 billion by 2025, up from $34 billion in 2019. Ensure your company is proactive in adapting strategies and processes to help you remain competitive.  Download the full report to get ahead of the competition.
By GlobalData

A push for renewables-fuelled electrification to bring down emissions

“You must have partnership with the private sector”: in conversation with the African Energy Chamber’s N J Ayuk