Sembcorp Cogeneration Power Plant Phase II is a 404MW gas fired power project. It is located in South West, Singapore. The project is currently active. It has been developed in single phase. Post completion of construction, the project got commissioned in October 2014.

The project is developed and owned by Sembcorp Cogen.

It is a CCGT with Cogen power plant. The fuel is procured from BG Group. 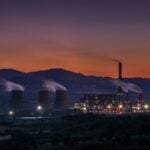 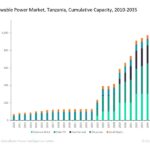 The project got commissioned in October 2014.

GE Power was selected as the turbine supplier for the Gas fired project. The company provided 1 unit of GT26 gas turbine.

GE Power was selected as the turbine supplier for the Gas fired project. The company provided 1 unit of STF15C steam turbine.

GE Power is the O&M contractor for thermal power project. The operation and maintenance contract commenced from 2014, for a period of 18 years.

Sembcorp Cogen Pte Ltd (Sembcorp Cogen) is a Singapore-based energy utility company. It undertakes generation and commercialization of electrical energy. Sembcorp Cogen is a wholly-owned subsidiary of Sembcorp Industries Limited (SIL), a leading energy, water and marine services rendering group. The company operates and maintains its business operations under the utilities segment of SIL. The company supplies power to the grid and steam to the industrial customers. It generates power and heat through its 815 MW combined cycle co-generation plant with 400 MW under development, utilizing natural gas from Sembcorp Gas Pte Ltd, under long term contract. Sembcorp Cogen caters to over 40 multinational companies. The company is headquartered in Singapore.