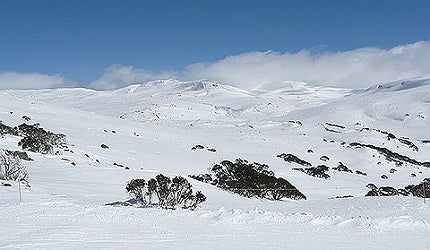 Snowy Mountains Hydroelectric Scheme is the largest engineering project undertaken in Australia, with a capacity of about 3,800MW. The $1bn project comprises of 16 dams, seven power stations, one pumping station, 145km of tunnels and pipelines and 80km of aqueducts.

The scheme covers an area of about 5,124 square kilometres and is located primarily within the Kosciuszko National Park in southern New South Wales.

Construction work on the scheme began in 1949 and was completed in 1974. The project was considered as the harbinger of multiculturalism in Australia, with 100,000 people from more than 30 countries involved in the construction work that spanned 25 years.

The entire hydroelectric scheme involves deviation of the water from the Snowy and Tumut rivers and feeding it to the Murray and Murrumbidgee rivers through tunnels. In the process, the water is stored in lakes, reservoirs and dams, where it provides water for the hydropower stations located below for producing electricity.

The scheme generates about 67% of all renewable energy for the National Electricity Market. The generated power is supplied to the Australian Capital Territory (ACT), New South Wales (NSW) and Victoria. The Murray and Murrumbidgee rivers also supply water for irrigation in the dry west, which also forms a crucial part of the Snowy Mountains Scheme.

The transformers, protection and control equipment in the power stations that are part of the scheme are being upgraded currently. The upgrade works are expected to be completed in 2015.

Diversion of water from the Snowy River to Murrumbidgee River was first done back in 1884, which was followed in 1944 by a scheme to generate power and provide water for irrigation. The Snowy Mountains Hydro-electric Power Act was passed in 1949 by the Commonwealth Government, after which the construction work on diversion infrastructure began.

The scheme was proposed primarily to harness the waters of Snowy River, which otherwise flow into the sea serving no purpose.

Components and plant details for the Snowy Mountains project

“The scheme covers an area of about 5,124 square kilometres and is located primarily within the Kosciuszko National Park in southern New South Wales.”

The scheme consists of two main parts – the Snowy-Tumut Development and the Snowy-Murray Development, both of which use tunnels to divert water.

The Snowy-Tumut Development diverts water from the Eucumbene, Upper Murrumbidgee and the Tooma rivers to Tumut. The water falls from a height of about 800m after passing through pipes and is used for feeding four power stations: Tumut 1, Tumut 2, Tumut 3 and Blowering. The four power stations together have an installed capacity of 2,180MW.

The Snowy-Murray Development diverts the Snowy River water to the Geehi River. This water also falls from about 800m in height after passing through pipes, and feeds the Murray 1, Murray 2 and Guthega power stations, which together have an installed capacity of about 1,565MW.

The tunnels used for diverting the rivers are interconnected to Lake Eucumbene, which allows the excess water which is not used for the pumping stations to be diverted back and stored. Eucumbene is the largest reservoir in the scheme with a capacity of storing 4.8 mega litres of water.

The dams comprise of rockfill, earthfill, concrete gravity and concrete arch types. Talbingo is the largest dam with a height of 161.5m and crest length of 701m, while the Khancoban Dam has the longest crest at 1,066.8m. Guthega Dam was the first dam to be completed in 1955 as part of the scheme, while Talbingo Dam was the last to be completed, in 1970.

The seven power stations, of which five are located on surface and two underground, use 34 Francis turbines to generate electricity.

The single pumping station at Jindabyne pumps water from Lake Jindabyne and supplies it to the Geehi River while the pump storage facility at Tumut 3 returns the water to the Talbingo Reservoir after generating power at the Tumut 3 power station.

The 25 years of construction saw the setting up of about seven regional townships, 100 temporary camps and construction of more than 1,600km of roads and tracks. The project used Australia’s first transistorised computer from 1960-1967 for engineering and design calculations.

“The scheme consists of two main parts – the Snowy-Tumut Development and the Snowy-Murray Development, both of which use tunnels to divert water.”

In a major modernisation plan amounting to $400m, Snowy Hydro announced a number of replacement, upgradation and refurbishment works at the scheme. Some of the works have been completed or are underway, while some are expected to begin shortly.

During 2003-2004, cooling water hydro generators with a capacity of 120kW each were installed at Tumut 3 Power Station.

The Jindabyne pumping station’s control and protection was replaced and unit one of the Guthega power station was upgraded. Upgradation of unit two is currently underway.

All six generating units at Tumut 3 were also upgraded and the control, protection, governor and excitation systems at Blowering power station were replaced.

Two transformers have been replaced for the Tumut 1 underground power station with the remaining transformers expected to be replaced by June 2013.

Upgradation of unit 14 at Murray 2 Power Station was completed in 2008 and the control and protection systems of Murray 1 will be upgraded from August 2012 to 2015. The mechanical refurbishment of Murray 1 is also expected to begin in 2015.

The scheme is currently owned, managed and maintained by Snowy Hydro (formerly Snowy Mountains Hydro-Electric Authority), a company owned by the Commonwealth (13%), New South Wales (58%) and the Victorian (29%) governments.

The tunnels located at the site were constructed by Thiess.