Qatar Energy is understood to be undertaking clarification discussions with bidders for the contract to design and build two solar photovoltaic (PV) power projects in the country.

The solar power plants are to be located in Ras Laffan and Mesaieed, with each having a capacity of 400MW, according to industry sources.

Bids for the two contracts were submitted in March.

MEED understands companies that submitted proposals for the contracts include: 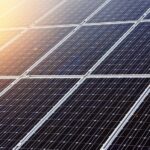 Comment
Is the Cornish power industry blowing off its cobwebs?
Data Insights
View All

Qatar Petroleum (QP) plans to develop an 800MW solar scheme in the near future as part of its plans to have a 4GW renewable energy portfolio by 2030, as MEED reported last February.

The plan is part of the firm’s Sustainable Strategy 2030, announced in January 2021.

The 800MW solar PV independent power producer (IPP) scheme is being built on a 10 square-kilometre land plot in Al-Kharsaah, west of Doha.

Siraj-1 Company, the project company that is developing the project, reached financial close on the project in July of the same year.

Qatar’s Siraj Energy owns 60% of Siraj-1 Company, while Marubeni and Total own the remaining 40%.