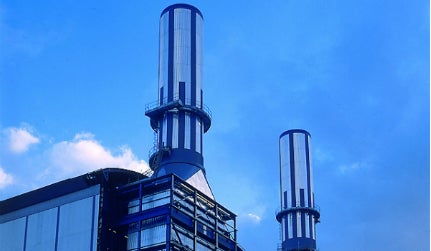 Engineered Products & Solutions Ltd offers a full range of high quality rubber bellows, steel compensators and flexible hoses; it is the sole distributor for STENFLEX within the UK and Ireland.

EP&S directors have more than 40 years combined experience in providing engineering solutions to a variety of clients. We cover the UK, Ireland and all major markets in the Middle East.

Our products are used in a wide variety of industries and applications, from HVAC systems in the construction industry to power generation, the Ministry of Defence, shipping, and petrochemical, as well as food and agricultural equipment.

For more than 40 years, STENFLEX has been one of the world’s leading suppliers of flexible pipe connections for construction and engineering applications. These components are used in power technology, industrial equipment, shipbuilding, gas and water supply systems, as well as domestic engineering.

Our range of expansion joints and industrial hoses includes products with nominal diameters from 15mm to 3,600mm, nominal pressure ratings up to PN 40 (swivel joints up to max. PN 420) and temperature resistance ratings, from -196°C to 900°C suitable for all solid, liquid and gaseous media.

Characteristics of all STENFLEX products include:

In addition to the STENFLEX standard product programme, customised compensators are also available upon request.

Connections parts (that deviate from DIN) such as ISO, ANSI, VG and SAE standards, are also available.

STENFLEX rubber expansion joints differ according to the following criteria:

STENFLEX rubber expansion joints are also delivered ready-to-install in nominal widths of DN 20-DN 3600 and for nominal pressure rates up to PN 25. A wide range of materials is used, with temperature resistance up to 110°C.

STENFLEX PTFE expansion joints are particularly suitable for aggressive media. PTFE is resistant to almost all chemicals and solvents.

STENFLEX PTFE expansion joints are used in machinery, industrial equipment and piping systems. They are established in industry sectors such as chemicals, process engineering, foods, beverages, pharmaceuticals, waste and disposal technology, as well as IT.

STENFLEX swivel joints are used in applications involving liquid and gaseous media. They can be used as flexible pipe connectors in the most demanding conditions and can withstand extreme temperatures and pressures.

STENFLEX swivel joints are highly suitable for absorbing oscillations. Swivel motions can be handled, as well as complete rotation at low speeds.

Our swivel joints can be used in a wide range of applications, including:

STENFLEX flexible pipe connections are designed and dimensioned in compliance with national and international regulatory standards. The optimum quality of STENFLEX products has been confirmed by approval bodies and independent test institutes worldwide.

To ensure that our products and processes continue to remain at a consistently high level in future, we work in compliance with ISO 9001:2008.

Many of our products have achieved KTA 1401 approval for use in nuclear plants. STENFLEX has attained all major and approved national and international manufacturer certificates, component tests and special certificates of competence. Our production processes are based on the ISO 9001:2008 quality management system, which has been used throughout our organisation for many years.