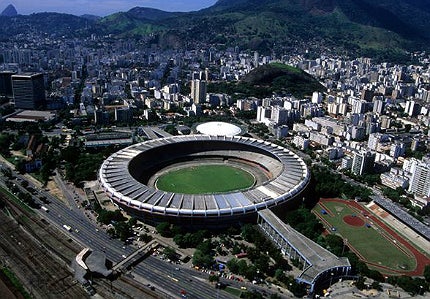 UK’s Carbon Trust has agreed to work with the Brazilian national electricity operator, ONS, in order to upgrade the country’s power grid to meet the extra demand expected during the Olympic and Paralympic Games in Rio de Janeiro in 2016.

According to the report, the variation in power consumption during the Brazil Olympics is expected to increase by approximately 6GW in fewer than ten minutes, which is equal to six nuclear power stations, or twice the electricity demand of Rio de Janeiro.

Carbon Trust said in order to help Brazil prepare for the games, it will draw on experience gained from managing the power grid during the London 2012 Olympics and run capacity-building workshops in Brazil to share strategies with the country’s technicians and planners.

The UK Government has unveiled a strategy to invest £66m to expand its offshore wind industry and boost the economy by £7bn by 2020.

The Offshore Wind Industrial Strategy includes a £20m investment from the Regional Growth Fund to improve the UK’s offshore wind supply chain, and £46m of funding during five years to help bring new products to market.

As part of the plans, the UK Trade and Investment (UKTI) will establish a new offshore wind investment organisation to attract inward investment and there will be an expansion to the scope of the offshore wind manufacturing funding scheme to support port and coastal infrastructure development in England.

UK energy regulator Ofgem has proposed a change to transmission charging methodology for calculating what generators pay to use the electricity transmission network across the country.

The new methodology is anticipated to be effective starting 1 April 2014.

The intention behind changing the methodology is to facilitate the timely move to a low carbon energy sector and at the same time maintaining an efficient supply of electricity across the UK’s high voltage network.

Siemens has won a contract valued at $966.8m from Saudi Aramco to supply key components for the Jazan combined cycle power plant in Saudi Arabia.

As part of the contract, Siemens will supply ten gas turbines designed for synthesis gas (syngas) and diesel fuel, of which six turbines will be manufactured in Saudi Arabia.

In addition to this, the company will also supply five steam turbines, 15 generators and ten heat recovery steam generators.

The UK Government has published a detailed draft of the contract aimed at providing policy certainty for investors in low-carbon energy generation.

The government is trying to bring a change in the electricity market with the help of the energy bill in order to keep the lights on, decarbonise the economy and minimise costs for consumers.

As part of the changes, a new support mechanism will be introduced through long-term Contracts for Difference (CfDs) alongside a capacity market.

The UK Department for Energy and Climate Change (DECC) has selected Capita, Spain’s Telefonica and CGI IT UK (CGI) as preferred bidders for the deployment of smart meters across Great Britain.

The UK Government’s £11.7bn smart grid programme is anticipated to help energy customers reduce gas and electricity bills by allowing them to monitor how much they are using through a smart meter in their house.

The programme is also expected to save energy suppliers money, because it removes the need for them to send somebody to read the meter.

The development also includes the conversion of the island’s southern harbour with new jetties, piers and breakwater structures.

MidAmerican Energy announced that it will add an additional 1,050MW of wind energy in Iowa by the end of 2015, after the company secured approval from the Iowa Utilities Board.

The wind farms will be located in Grundy, Madison, Marshall, O’Brien and Webster counties, while the company has already secured development and interconnection rights for the wind farm sites.

Construction is likely to begin in September 2013, and all projects are scheduled for completion before the end of 2015.

Establishing the Smart Community Business: Toshiba Leaps Ahead with the Landis+Gyr Acquisition

The US Gas Rebound: Favorite Fuel for the Power Market Returns