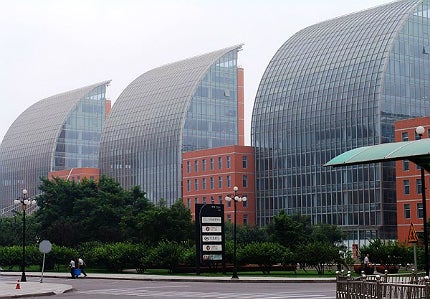 In its new low greenhouse gas (GHG) emission strategy to 2050, submitted to the United Nations (UN), the Ministry of Energy Transition and Sustainable Development (MEM) of Morocco suggested to raise the share of renewable capacity in the country’s total power installed capacity mix to 80%.   Morocco currently aims to increase the share of renewables in total power capacity to 52% by 2030. The new strategy plans to increase the share of renewable capacity to 70% by 2040 and 80% by 2050.  GlobalData’s expert analysis delves into the current state and potential growth of the renewable energy market in Morocco. We cover:  Download the full report to align your strategies for success and get ahead of the competition.
By GlobalData

Thank you. Please check your email to download the Report.

Renewable energy, emission targets, diminishing energy reserves and increasing global electricity demand are all increasing the need for smarter technology to enable savvier use of energy by industry, businesses and residential customers.

The commitment of many countries to roll out smart meters is the first step in this energy revolution, with demand response (DR) technology being hailed as the next.

DR aims to reduce the use of energy at peak times when the grid is most under pressure. Typically, during these periods, to meet energy needs and avoid disruption, peak power plants need to be switched. These ‘peaking’ power plants demand a higher cost per kilowatt hour because they are only turned on occasionally, and they are significant polluters.

DR programmes, often automatically, turn down the heating or air con, for example, of a school, shopping centre, hotel, business or residential home, by a degree or so, or an amount not generally noticeable, to reduce energy use at peak periods and take pressure off the grid.

This results in reduced energy use and therefore cheaper bills, and because it negates the need to switch on peaking power plants it reduces pollution and in many cases the grid will offer a rebate to customers, depending on the amount of energy saved at what particular time. DR can also move energy use to optimise the use of electricity generated from renewables, which often produce energy at specific, but not peak, times.

DR technology, which involves the use of smart meters and remotely-controlled thermostats, though not necessarily new, is just developing in many countries, apart from America, which has been growing its use of demand response technology since before 2006. Now Europe, China, Japan and South Korea, among others, are piloting the technology.

"The commitment of many countries to roll out smart meters is the first step in this energy revolution."

America is generally considered to be the leader in DR technology. Navigant Research stated in a report released in spring 2013 that of the at least 1,342 demand response programmes currently underway worldwide, 95% of them are in America.

"If you look at the States they have something like 72 gigawatt (GW) at the moment that can be reduced across the entire country. The UK at peak consumes 60GW, so if you think about it, at the press of the button they have the ability to turn down as much as we consume at peak," says Yoav Zingher, a director of KiWi Power and founding partner of private equity group 4RAE Renewable and Alternative Energy Investments.

According to the Federal Energy Regulatory Commission (FERC) in its 2012 Demand Response and Advanced Metering Survey, DR has increased and is set to increase further.

The survey reported that potential peak reduction in the US increased from 2010 to 2012 by more than 10,000 megawatts (MW), from 53,062 to 66,351 MW in 2012, representing a 25% increase in reported potential peak reductions from DR. Growth from 2006 to 2012 also occurred among all customer classes, such as commercial, industrial, residential and wholesale.

One FERC Commissioner identified DR as the "killer application" for the smart grid.

Energy supplier OGE in Oklahoma has one successful scheme. Its SmartHours plan, also known as Variable Peak Pricing (VPP), encourages customers to only use electricity during off peak hours. Every day they send customers advance notice of the next day’s peak price by phone, text, email or all three, making it easier for them to manage their energy use.

According to OGE more than 99% of SmartHours customers saved money. A press release posted in January 2013 stated the company had enrolled more than 44,000 users since launching and delivered more than 67 megawatts of load reduction in 2012.

Other US companies such as EnerNOC and Comverge Inc work with grid operators, utilities and consumers to reduce demand during peak hours when rates are highest. They pay customers who save power and provide grids with the extra capacity to avoid blackouts.

EnerNoc offers one programme called DemandSMART, which enables commercial and industrial organisations to get new sources of revenue and stabilise the electric grid by participating in DR programmes.

Reuters reported in July that companies such as these are looking to move to the UK, to diversify away from an oversaturated market in the US.

"You can see us sort of entering the UK and potentially that serves as a stepping stone into Continental Europe, where we can use that base and that experience as a hub," an EnerNOC executive told Reuters.

UK and Europe – the next main market place?

Zingher, director of KiWi Power, which provides demand response services similar to EnerNOC and Comverge Inc, says about the UK market: "We started up three years ago and no one was doing it. The level of awareness is still not as high as it could be."

"Of the at least 1,342 demand response programmes currently underway worldwide, 95% of them are in America."

He says KiWi Power’s business model works: "By turning down consumption, effectively National Grid pays us instead of paying that peak power station and we pass it on to the customer."

From his experience, Zingher believes the UK is probably the most advanced DR market in Europe.

Nevertheless, it is still very much in its infancy. The UK plans to roll out smart meters in homes by 2020, but this will not start until 2015.

Despite such incentives, Zingher, however, suggests the DR market will grow more gradually in the UK than in the US.

"We are fairly conservative people compared to the Americans, so it takes some time getting people over the barrier of understanding and actually wanting to pilot it," he says.

For DR to reach the scale it has in America in the UK more will need to be done, the question is who does the job lie with – utility companies, government, the grid, or DR companies themselves?

Ron Dizy from Enbala Power Networks believes it’s down to the system operators like himself: "To help encourage customers to participate in demand-management programmes, utilities and system operators must directly engage their customers and educate them on the benefits of actively participating in the power system, such as supporting their community and the environment," he says.

Marieke Beckman of the Centre for Carbon Measurement at the National Physical Laboratory agrees. He says "effective communication and incentives" are needed, but adds that there is a need for "some regulatory frameworks…to underpin incentives."

The UK needs to find electricity reserve solutions and DR could be one such solution. In June Ofgem reported that electricity margins could tighten in 2015-2016 in the UK to between around two and five percent when, ideally, it should be around ten percent.

Some of Asia’s strongest markets are also assessing the benefits of DR solutions and Japan in particular has emerged as a strong market for DR, where earlier this year it was announced that Fujitsu’s DR software would be rolled out for residential and commercial energy management systems.

It is hoped this will bring about economical use of electricity and stabilise demand as well as lead to the creation of new businesses relating to DR. Currently, when electricity supplies are tight, electricity companies primarily use telephone calls or email messages to request commercial-scale customers to curtail their electricity usage. This new technology would speed up and streamline the process.

In July, the OpenADR Alliance, a nonprofit corporation created to foster the development, adoption and compliance of the Open Automated Demand Response (OpenADR) smart grid standard, announced: "Our progress in Japan and Korea demonstrates strong interest in the OpenADR 2.0 standard outside of the United States," said Barry Haaser, managing director, OpenADR Alliance.

The organisation also said it and Korea Smart Grid Association (KSGA) had recently signed a Memorandum of Understanding (MOU) to form the OpenADR Alliance Korea.

The future of demand response

The fact that some of the world’s biggest energy markets – US, China, Japan and Europe – are all investing or adopting in some way demand response technology, feeds faith into the technology’s potential to become an important factor in the future of smart energy solutions and to boost all important energy reserve margins. Plus interest is growing further still, according to analysts.

This is a vital when you consider statistics from this year’s International Energy Outlook 2013 in the US, that stated energy consumption around the world is set to grow by a staggering 56% from 2010-2040: a leap from 524 quadrillion British thermal units (Btu) to 820 quadrillion Btu.

As is usually the case, only time will tell how quickly DR can grow in emerging markets and whether consumers will be energy conscious enough to take up the smart energy solution, and if so, what long term impact it will have.

A smart meter revolution is underway throughout the US, Europe, China and Japan, with wireless, data hungry ‘smart’ meters replacing old fashioned ‘dumb’ meters in homes and some businesses.

The Energy and Climate Change Committee issued a report last week on the smart meter roll-out that is set to begin in 2015 and reach completion in 2020.

In its new low greenhouse gas (GHG) emission strategy to 2050, submitted to the United Nations (UN), the Ministry of Energy Transition and Sustainable Development (MEM) of Morocco suggested to raise the share of renewable capacity in the country’s total power installed capacity mix to 80%.   Morocco currently aims to increase the share of renewables in total power capacity to 52% by 2030. The new strategy plans to increase the share of renewable capacity to 70% by 2040 and 80% by 2050.  GlobalData’s expert analysis delves into the current state and potential growth of the renewable energy market in Morocco. We cover:  Download the full report to align your strategies for success and get ahead of the competition.
By GlobalData

Increased Efficiency in CSP, CCGT and Hybrid Technologies - an Answer to the Demands of a Changing Power Market