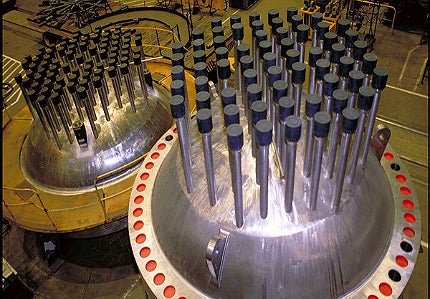 Power equipment manufacturer Siemens has won an order to supply, install and commission 24 direct-drive wind turbines for four wind projects, in the Nord Pas-de-Calais and Picardie regions of northern France.

According to the contract, Siemens will supply the model SWT-3.0-101 wind turbine, each having a capacity of 3MW and a rotor diametre of 101m.

The contract also includes maintenance of the wind turbines for a period of 15 years, while erection and commissioning are scheduled for 2014.

According to the contract, MHI will manufacture and supply the gas and steam turbines and its group company Mitsubishi Electric will supply generators, while CTCI will be responsible for construction and installation at the plant site, as well as EPC work for the balance of the plant.

The proposed plant, which is being built at a site in Tunghsiao Township, will include three GTCC power generation islands, each featuring two M501J gas turbines, one steam turbine, a heat recovery steam generator and three generators.

The project, which is owned by DONG Energy (50%), Pension Danmark (30%) and PKA (20%), connected its first turbine to the grid in September 2012, and has become fully operational by connecting the 111th turbine to the Danish grid in 2013.

Japanese firm Toshiba will acquire a major part of Indian-based manufacturer Vijai Electricals' electricity transmission and distribution (T&D) business, for a cash consideration of around $200m, to expand its business in India and the global market.

To be completed in November 2013, the acquisition will see Toshiba consequently launch a new company, which will take over Vijai's T&D business and integrate Toshiba's design and manufacturing technologies for T&D systems.

The new company, which is being positioned as a core production base, will foray into other power-related markets in India, and will help expand Toshiba's T&D business in the country and global market. Toshiba already has production bases in Japan, China, Brazil, Russia and south-east Asia.

Construction of the plant, which will generate enough electricity to power more than 60,000 average California homes, is likely to be complete by July 2014.

The project will help to reduce more than 115,000 metric tons of CO2 annually, and will sell its output to San Diego Gas & Electric (SDG&E) under a 25-year power purchase agreement.

The company has secured a 45-year lease of 39,000 acres in Torrance, San Miguel and Santa Fe counties, which will be used for the wind-power project and transmission lines, construction of which will take place in several phases in the next ten years.

Under the three contracts, GE will supply a total of 26 heavy-duty gas turbines, 12 steam turbines and 38 generators for the nine plants, located in the northern part of the country.

The DCS system, which is specifically developed for 1GW level nuclear plant and touted as the nervous system of such plants' operations, will help in automatic control and operational monitoring of the units at the plant.

19 Oct 2020
Registration is disabled.
We use cookies to ensure that we give you the best experience on our website. If you continue to use this site we will assume that you are happy with it.ContinueLearn more