The top 10 biggest geothermal power projects in the world
Menu 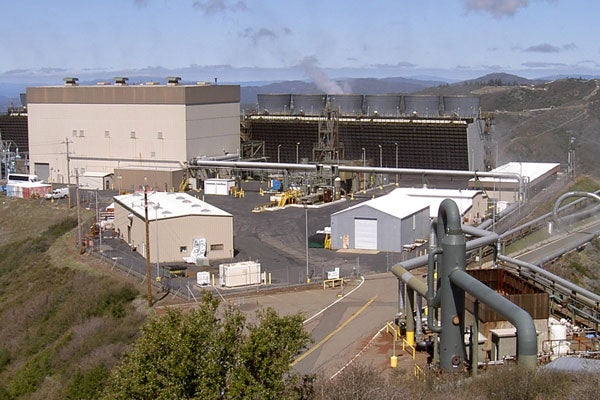 The Geysers Geothermal Complex located 121km north of San Francisco, California, is comprised of 15 power plants making it the biggest geothermal installation in the world. The complex has an installed capacity of 1,205MW.

Calpine owns 13 power plants in the complex, which have a combined net generating capacity of 725MW, while two power plants with a capacity of 240MW each are jointly owned by Northern California Power Agency and Silicon Valley Power, as well as US Renewables Group, which owns the Bottle Rock Power plant.

The complex covers an area of 78km². Production from the geothermal field commenced in 1960 and reached its peak in the 1980s. The turbine suppliers for the power plants in the complex were Toshiba and Mitsubishi Steam.

Larderello Geothermal Complex, comprising 34 plants with a total net capacity of 769MW, is located in Tuscany in central Italy. The power generated by the complex accounts for approximately 10% of all geothermal energy produced worldwide and caters for 26.5% of regional power needs.

Enel Green Power owns the power plants at the complex serving approximately two million families, 8,700 residential and business customers, and 25ha of greenhouses. Reservoir depths at the geothermal field range from 700m to 4,000m below the surface. The first plant at the geothermal field was commissioned over a century ago in 1913, making it the first of its kind in the world.

The first Larderello power plant had a generating capacity of 250kW comprising a turbine designed and built by Tosi Electromechanical Company. The geothermal plants at the field were rebuilt after they were destroyed during the Second World War.

At 720MW, Cerro Prieto Geothermal Power Station in south Mexicali, Baja California in north Mexico, is owned and operated by the Comisión Federal de Electricidad (CFE), like all other geothermal fields in Mexico.

Makban Geothermal Power Complex, also known as Makiling-Banahaw Power Plants, is located in the municipalities of Bay and Calauan in the Laguna province and Santo Tomas, in the Batangas province.

The geothermal power complex is owned by AP Renewables, a wholly owned subsidiary of Aboitiz Power. The complex consists of six power plants comprising ten units, including a binary plant with five 3MW units and one 0.73MW unit.

The complex, covering an area of 700ha, commenced operations in 1979. Mitsubishi Heavy Industries was one of the turbine suppliers for the plants at the complex.

The Salak Geothermal power plant located 70km from Jakarta, Indonesia, has an installed capacity of 377MW.

CalEnergy Generation’s Salton Sea Geothermal Plants include a cluster of ten generating geothermal plants in Calipatria, near the Salton Sea in Southern California’s Imperial Valley that have a combined generating capacity of 340MW.

CalEnergy Generation, the operator of the field, has 50% interest in the facilities, while the remaining 50% is held by MidAmerican Geothermal. The generated power is supplied to Southern California Edison Company.

Unit one with an output capacity of 10MW was the first to come online in 1982. It was built by a joint venture of Union Oil Company and Southern California Edison. The tenth field came online in 2000. CalEnergy Generation is currently developing new projects in the area, including the Black Rock Project, which will consist of three new 50MW geothermal plants.

The 330MW Sarulla Geothermal power plant is located in the Pahae Julu and Pahae Jae districts of the North Sumatra Province, Indonesia.

Hellisheidi geothermal power plant is a flash steam, combined heat and power plant (CHP) located at Mount Hengill, approximately 20km east of the capital city of Reykjavik. The plant has a production capacity of 303MW of electric energy and 400MW of thermal energy.

The eighth largest geothermal power plant in the world, Hellisheidi is owned by Orkuveita Reykjavikur. It was constructed by Mannvit Engineering and Verkís Engineering. The power generated by the plant is supplied primarily to the nearby aluminium refineries.

The plant was commissioned in five phases from 2006 to 2011. It covers an area of approximately 13,000m². Six high-pressure (HP) turbines for the plant were supplied by Mitsubishi, while a low-pressure (LP) turbine was supplied by Toshiba.

Tiwi Geothermal Complex is located at Tiwi in the province of Albay, roughly 300km south-east of Manila, the Phlippines. The 289MW (net) complex is owned by Aboitiz Power’s subsidiary AP Renewables.

The complex consists of three power plants featuring two units each. Drilling works at the geothermal field were commenced in 1972 and the power plant became operational in 1979.

The project was developed by National Power Corporation and Philippine Geothermal. Mitsui and F.F. Cruz were the construction contractors. The power plants use Toshiba generator units.

Darajat Power Station is located at Garut in Pasirwangi District, West Java. The 271MW geothermal power station It was originally developed by a group of companies that includes Chevron Global Energy and Union Oil Company.

The latest commissioned plant was built by Thiess Contractors Indonesia in collaboration with Kanematsu Corporation. It features a turbine supplied by Mitsubishi Heavy Industries (MHI). The turbine for the second plant was also supplied by MHI. Hyundai Engineering supplied the equipment for the first two plants.