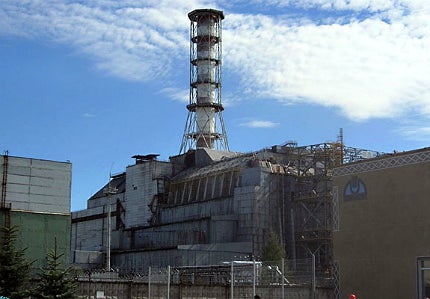 The radiation was released in to the atmosphere over much of Europe causing the death of 31 people and leaving many more suffering from the effects of radiation. The efforts to control the contamination and ward off the disaster involved more than 500,000 workers and have still not been entirely completed.

Fukushima Daiichi nuclear disaster was caused by the large tsunamis resulting from the Tohoku earthquake in March 2011. It is the second catastrophe to measure Level 7 on the INES. The tsunami waves destroyed most of the safety and power systems, except one diesel generator at Unit 6. This caused the loss of cooling for the reactor cores, resulting in meltdowns at three reactors.

This was followed by the release of significant amounts of radioactive materials contaminating the surroundings. The hydrogen explosions occurred at the facility further damaged the concrete outer structure and caused the evacuation of occupants within the 20km zone. There were no reports of casualties due to radiation exposure.

A serious nuclear accident occurred in September 1957 at Kyshtym nuclear energy complex in Ozyorsk, near the town of Kyshtym in Russia. The event classified as Level 6 on the INES.

The cooling system failure in one of tanks with liquid radioactive waste caused the explosion which is equivalent to a force of about 70t to 100t of TNT. About 20MCi (800PBq) of radioactive material was released in to the atmosphere. About 10,000 people from at least 22 villages were believed to have evacuated.

The partial meltdown of Unit 2 (TMI-2) reactor at Three Mile Island nuclear power plant in March 1979 resulted in the most serious accident in US history. The accident was classified under Level 5 of the INES.

The series of failures in secondary systems, along with worker errors at the plant, led the loss of coolant resulting in the partial core meltdown in one of two reactors at the site. No detectable health effects on operational staff and people were identified though some radioactive gases were released in to the atmosphere.

The worst nuclear accident in the history of United Kingdom occurred in October 1957, when a fire broke out in the Unit 1 graphite-core reactor, at Windscale in West Cumbria. The event was categorised as INES Level 5 and led to the release of radioactive materials into the surrounding area. The radiation could have caused about 240 cases of cancer.

The outlet air ducts of the reactor were sealed and fuel cartridges were removed. The second reactor on the site was also shut down though undamaged by the fire. The facility was decontaminated and parts were later renamed Sellafield.

The National Research Experimental (NRX) nuclear research reactor at Chalk River Laboratories experienced one of the world’s major reactor accidents in December 1952, when the core of NRX reactor was damaged due to a meltdown caused by a power excursion and partial loss of coolant in the reactor.

The accident was classified under Level 5 on the INES. The reactor resumed operations within two years and operated until it shut down permanently in 1993. The facility is currently undergoing the process of decommissioning.

Goiânia city in Brazil witnessed a radioactive contamination accident in September 1987, after radioactive caesium-137 source was removed from its protective housing in an abandoned hospital in the city. The IAEA outlined it as one of the worst radiological incidents in the world.

Classified as INES Level 5 accident, the event seriously contaminated the residences and public places. Four people died and 28 people suffered radiation burns. Several buildings were demolished and the topsoil was removed from large areas as a part of decontamination operations.

The first serious nuclear accident in the Japan’s history occurred in a conversion test building of a uranium reprocessing facility located in Tokai-mura in September 1999. The accidental uncontrolled reaction was a result of using an excess of higher-enriched uranium in preparation of nuclear fuel for reactor. The accident was rated Level 4 on the INES.

The event caused the death of two workers and several employees were exposed to high levels of radiation. About 207 residents of the surrounding area were also impacted by radiation doses of different levels.

Saint-Laurent nuclear power plant in Loir-et-Cher on the Loire River is France’s worst nuclear accident. In March 1980 a failure in cooling system caused the melting of one channel of fuel in the Saint Laurent A2 reactor.

The accident was rated as Level 4 on the INES and no radioactive material was released outside the site. Prior to this event, an accident occurred in October 1969 when 50kg of uranium in one of the gas cooled reactors melted down.

Most of the world’s biggest nuclear power plants by net capacity are in East Asia.