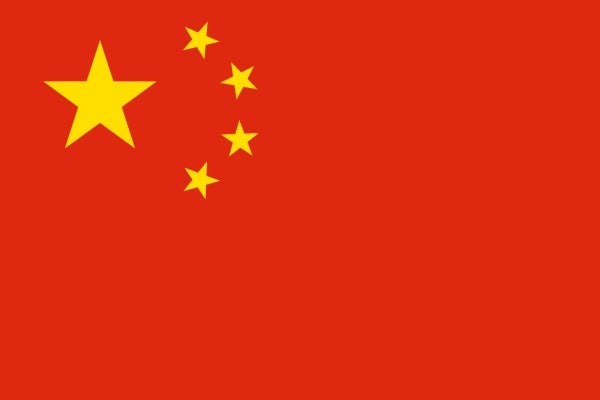 China plans to have more than 100 nuclear reactors in operation by 2020.

In the wake of the triple meltdown at the Fukushima Daiichi nuclear plant in March 2011, some Western nations have looked to move away from nuclear power. In Europe, at least 25 reactors and construction projects have been closed down or cancelled. In the US, public support for nuclear power generation dropped in the year following the disaster. But in China, where energy demand is going through the roof, the appetite for nuclear power is just growing bigger and bigger.

French nuclear engineering firm Areva has delivered the heavy components for the first EPR reactor of the Taishan nuclear power plant in China.

With 14 nuclear power reactors currently active and 27 new-builds under construction, nearly half of all the nuclear reactors worldwide are being built in China. According to the World Nuclear Association (WNA), China is the country with the most ambitious nuclear agenda worldwide.

Even though it suspended permits for new plants after March 2011, it is also accelerating the pace of becoming self-sufficient in reactor design and fuel supply, with plans in place to have more than 100 reactors in operation by 2020.

Some in the industry believe China is on its way of becoming a new nuclear superpower and could soon overtake leading nations, including France and the US. But hurdles such as safety and security issues as well as a lack of skilled professionals are still in the way of the country’s successful nuclear expansion.

China’s aggressive nuclear programme, to 2020 and beyond

“Concerns about air quality, climate change and fossil fuel shortages are among the main reasons why China has been looking at nuclear power.”

Concerns about air quality, climate change and fossil fuel shortages are among the main reasons why China has been looking at nuclear power as an alternative to coal. In 2006, the Chinese Government agreed on the ‘Long-term development plan for nuclear power industry from 2005 to 2020’, one of the most ambitious nuclear programmes worldwide. Under the plan, China wants to build up its nuclear potential from currently being currently one percent of the overall power mix to up to six percent in 2020 and then to more than 16% by 2030.

Then came Fukushima, in March 2011. Following the disaster in Japan, China announced that all nuclear plant approvals were being frozen and that full safety checks of existing reactors should be made. Some commentators even suggested that the nuclear programme could be abandoned in favour of an expanded renewable energy programme. For a while it was uncertain what would happen, but then in April 2012, it was announced that it will resume nuclear power plant approvals during the first half of the year.

According to Yun Zhou, a Harvard Belfer Center Project on Managing the Atom and International Security Program postdoctoral research fellow, the main reason for this “doggedness” on nuclear is the overall high energy demand in the country.

“Originally, China never thought about nuclear as an option in their energy plan because it heavily relied on coal in the past. However, China’s economy has grown so fast that they cannot solve the energy problem with coal,” she explains.

According to Zhou, nuclear is the only viable option for China to manage the rising energy demand, especially as the infrastructure and power grid are not ready for renewable power production.

Given the flurry and pace of China’s nuclear programme, some experts are concerned how safe the nuclear strategy really is. The disaster in Japan showed painfully the vulnerability of Generation 2 reactors, the type currently also under construction in China. After Fukushima, the Chinese Government acknowledged safety concerns in a statement on 16 March 2011 and announced it would temporarily suspend approval for new projects.

“By 2030 China will have at least double the nuclear capacity of the USA.”

The safety review was completed in autumn 2011 and according to China’s Environment Ministry the operational reactors, as well as the ones under construction, have been found safe. However, on the sidelines of the annual National People’s Congress meeting, State Nuclear Power Technology chairman Wang Binghua, a top nuclear industry insider, said “problems in 14 areas have been found and need to be resolved,” when referring to the safety review of China’s nuclear power plants.

Shale gas fracking is set to resume in the UK, after a new report gave the controversial process the go-ahead.

He added that it could take up to four years to eliminate the problems but did not mention what and where they might be, how serious they are and what can be done to resolve them. Wang promised that the “Chinese Government will not approve any new nuclear project that does not contain necessary emergency measures before the problems identified in the review have been solved.” Nevertheless, he expects the current freeze of the approval of new nuclear plants to end this year.

In February 2012, the National Energy Administration (NEA) also launched 13 R&D projects to improve emergency response mechanisms for nuclear power plants in case of extreme disasters. Yun Zhou welcomes the initiative, as a professional safety culture is top priority for a successful nuclear programme in China. She believes China needs to shift much faster to Generation 3 reactors, even though all the new-builds are still Generation 2 designs.

“China still needs time to digest the new technology. But if they do everything right hopefully the temporary slowdown will be a good opportunity for them to improve their safety culture and safety practice.” 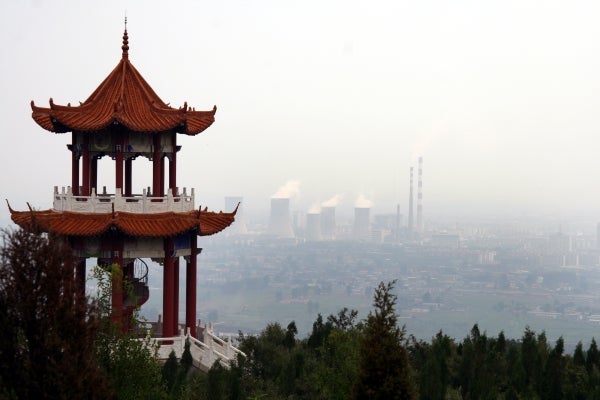 Safety issues and a lack of skilled professionals are the main hurdles for China’s successful nuclear expansion.

Even though nuclear reactor development has been on temporary hold, China has not stopped investing in R&D and has become the world’s living laboratory for new nuclear reactor designs. Today, the country owns and builds evolutions of French pressurised water reactors, Canadian heavy water reactors and South African pebble-bed reactors. Researchers have also developed experimental reactors which use molten salt for cooling and most likely thorium for fuel.

In addition, China connected its first experimental fast neutron reactor to the grid in July 2011. The US and other countries have abandoned the development of such ‘fast breeder’ reactors, which in theory can produce as much nuclear fuel as they consume, but have not had very promising results.

Thorium is considered by many as a potential substitute for uranium in nuclear power generation facilities.

Yun Zhou says it is, however, still questionable when the technology is going to be commercially realised. “The reactor technology is really expensive and with the vast supply of fresh uranium it doesn’t make any sense for China to start a fast neutron reactor programme any time soon,” she explains.

Nevertheless, the R&D in this and other areas of nuclear reactor technology is vital for China to become independent from other leading nuclear nations, also regarding its fuel supplies. In recent years, China has started exploring domestic resources and in 2008, the Chinese Government claimed to have found two major uranium sources.

Yun Zhou predicts that based on the current situation, it will be guaranteed for the next 30 years. “On one hand they try to find a domestic resource, on the other hand they invest a lot of money in foreign resources, for example in Africa and Australia,” Zhou says.

China’s nuclear expansion: finding the workers of the future

“Even China can’t copy what other people have in the nuclear power generation field and it will take time until they have a sustainable programme.”

Yun Zhou however believes there is another challenge which China will have to overcome for a successful nuclear expansion: the lack of skilled professionals. In particular the regulator National Nuclear Safety Administration (NNSA), a small agency, is struggling to keep up with all the new construction projects.

“If China really wants to have a sustainable nuclear programme, it needs to move forward with programmes regarding the regular employee as they are the key personnel in China’s nuclear expansion,” Zhou says.

Only then, she believes, will China become a serious nuclear player alongside France, the US and Russia. But Zhou is not the only one to assume that China is on its way of developing a significant nuclear sector. In a speech at the Central Party School of The Communist Party of China, in Beijing in March 2011, Royal Dutch Shell CEO Peter Voser said if China continues its strong drive to develop nuclear energy, the sector will see tremendous growth. “By 2030 China will have at least double of the nuclear capacity of the USA,” he said.

However, coal will continue to play the most important role in China’s energy system and contribute about 50% of overall energy in 2030, compared to about 70% today. It will take a long time until China is a major nuclear player, according to Yun Zhou.

“Even China can’t copy what other people have in the nuclear power generation field and it will take time until China has a sustainable programme to the point that they really can export the technology to a big vendor,” she says.

“If China does it right this could be a big opportunity. But there’s still a long way to go and it’s not going to happen in the next couple of years.”

We look at the BRICS nations’ ambitious energy strategies and how they will shape the future of power generation.

Duke Energy and Progress Energy Merger: The Largest Nuclear Fleet in the US and its Future Nuclear Plans