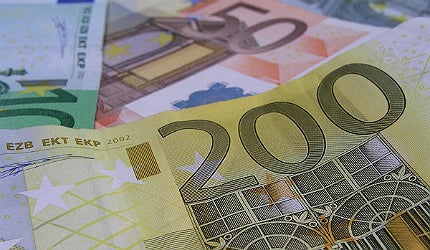 Little by little, the European Union (EU) gets closer to the long-hoped-for new energy efficiency strategy: after months of haggling and heated debates, the Commission eventually proposed a final draft of the new directive on 14 June 2012, under the Danish EU presidency. Called the Third Energy Efficiency Directive, its final approval in September is likely, with all member states, the Parliament and the Council supporting its adoption into law by 2014.

It is designed to reduce energy consumption and dependence on imported fossil fuels, which cost the EU €573bn in 2011. Moreover, it is believed that the directive will boost Europe’s economy and help achieve energy security and climate goals.

But while Europe’s politicians have hailed it as a major stepping stone for a new era of energy efficiency, the legally binding targets had to be scaled back to secure an outcome satisfactory to all member states.

Under the latest draft, member states will be allowed to set their own targets for energy efficiency, instead of the original objective for an obligatory EU-wide target of 20% improvements in efficiency from 1990 levels. The result is likely going to be a much smaller improvement of 17%, which has led to claims from campaigners that the directive lacks ambition. But more importantly, it also raises the question of how important energy efficiency really is, in the midst of the European sovereign-debt crisis.

"Even if we look at all scenarios, in 20 years time global electricity use will most probably double from 20 to 40 petawatt hours."

Independent senior energy and engine specialist Jacob Klimstra predicts that the global energy consumption will rise twenty-fold in the next years. "Even if we look at all scenarios, in 20 years time global electricity use will most probably double from 20 to 40 petawatt hours," he says. "At some point, electricity will replace petrol and diesel use, which means we will need more of it – that’s a fact."

In the light of this forecast, improving energy efficiency seems to be a vital component of future power supply. In Europe, the first energy efficiency targets were agreed at an EU summit in 2007. The new Energy Efficiency Directive reconsiders these targets and is trying to implement more concrete goals and measures, and once approved in September 2012, the updated directive will require EU nations to save energy in specific ways.

As it stands, member states are legally obliged to establish energy efficiency schemes for households, industries and transport, or to bring in policies to drive efficiency improvements. In addition, the new directive requires large companies to undergo energy audits, once it is in force from January 2014.

What is more, governments will have to improve efficiency in energy production, transmission and distribution, and ensure three percent of the floor area of public sector buildings is refurbished to meet minimum energy performance standards. Some of the amendments also address smart meters. Member states will have to ensure that each customer receives a competitively priced individual meter to record how much energy is used and when.

Some industry experts however claim that the proposed directive lacks ambition, especially as it has been ‘watered down’ from the original 20% emissions reduction goal of 2007 to 17%. Klimstra agrees that much more could have been done, in particular the inclusion of manatory combined heating power. But he also says that the economic downturn and the euro crisis have made energy efficiency far more difficult.

"Energy is still globally the engine of the economy and if you want to reduce energy consumption too much then the economy will suffer anyhow," he explains. "At the moment, it could be difficult to afford a further reduction of energy use. If I was the big boss of Europe I would also decide to be a little bit restrictive in my demands for the future."

On the other hand, the new directive is expected to become a major driver for Europe’s sluggish economy, as Centre for European Reform (CER) associate fellow and climate and energy consultant Stephen Tindale explains. He says that the measures proposed in the directive are "absolutely cost-effective" and will strengthen Europe’s economy and create numerous jobs, in particular in the construction sector.

"No matter how much you eventually save through energy efficiency it still requires some upfront investments."

"Moreover, it will reduce the amount of money Europe has to pay for importing oil and gas. In addition, it will enable the European economy to be more cost-effective in terms of the amount energy it needs to use, and will therefore lower the costs for the European industry [during] a few years," he explains. "There is a payback. It’s not immediately effective but the payback period of many of these measures is only a couple of years, so that’s a very sound investment."

European industry body Eurelectric policy advisor Nicola Rega agrees with Tindale, even though he believes the financial crisis has had more of an impact as one would like to believe. "They [member states] weren’t keen to commit to extra spending because no matter how much you eventually save through energy efficiency, it still requires some upfront investments – and they didn’t have much of an appetite for that," he says.

"The mood was quite uncooperative at the beginning," he continues. "Then the Danes pushed very hard to put things in order during their presidency and, of course, they had to pay a price for that, which is lower ambitions. But I think now the member states feel that what is coming as legislation is within their limits. They are committed to what they feel they can deliver."

However, where the investment for the implementation of the measures will come from is still unclear. Tindale reckons that in the end everybody will have to invest money, from the governments of the different EU member states, to the European Commission, the power industry, the construction sector and the consumers and households themselves. He also urges that the EU budget for energy efficiency should be enlarged in general.

Rega agrees, saying that the power industry will not be able to cover all the investments alone. "Unfortunately the final agreement doesn’t contain an explicit reference to this. We are therefore still unsure how this will pan out," he says. "But it’s clear that the energy industry cannot do this alone. Cooperation with others, for instance public authorities, is critical."

"Denmark is much more energy-efficient than other northern European countries, including the UK."

It is also clear that Europe’s power sector has to rethink energy production and distribution in order to make the directive work. Both Tindale and Klimstra believe that there are some countries that will find the implementation of the measures easier than others, depending on investments that have been made in recent years and the individual impact of the European sovereign-debt crisis.

Denmark, with its heavy investments in renewables such as wind and solar, and district heating since the 1980s, will most probably become Europe’s role model for energy efficiency. "They’ve got a surplus of heat for that district heating from combined heating power and they have also upgraded their existing building stock," explains Tindale. "Denmark is much more energy-efficient than other northern European countries, including the UK."

Other countries, such as Greece, Spain and Italy, will find it challenging to finance the new measures as required by the directive. Tindale says that Italy in particular has made no investments in the past, to boost energy efficiency, and that with the financial troubles "finding the money will be quite challenging for them."

Among the most important measures is also an EU-wide requirement to draw up a roadmap to make the entire building sector more energy-efficient by 2050.

This long-term strategy for the renovation of the entire building stock should be finalised in April 2014. According to European Alliance to Save Energy (EU-ASE) president Monica Frassoni this could create more than half a million jobs in Europe’s struggling construction sector, boosting member state economies once more.

"Thanks also to the efforts of progressive businesses to demonstrate the huge benefits of energy efficiency using existing technologies, it seems that at least part of the message has finally been understood," she said in response to the long-awaited deal on the EU Energy Efficiency Directive in June 2012. "This Directive and its measures have potential for jobs and sustainable growth and could boost European competitiveness if properly implemented."

Can energy efficiency save the euro?

"In the long run, the more efficient we are in our energy usage the better it is for our economy," says Klimstra. However, to what extent the new Energy Efficiency Directive will play a role in the equation will only become clear closer to 2020.

"Energy is still the engine of the economy," says Klimstra. "And if we can reach the same output with less fossil fuel in a cheaper, sustainable way, we will be the winners in the end."

At last, no industry connoisseur would argue against the value of the new energy directive for Europe’s struggling economy.

Europe’s economy is a fragile one and every little boost by the energy sector helps.

The Third Energy Efficiency Directive will not only reduce energy consumption and the reliance on imported fossil fuels, but it will also boost Europe’s economy by creating thousands and thousands of jobs, in particular in the energy and the construction industry.

However, should one of the crisis-stricken nations, such as Greece or Spain, fall and depart from the eurozone, it is questionable whether the directive is actually important enough to be adopted and written into law. If the collapse should come, not even a new energy efficiency directive could stop Europe’s fall.