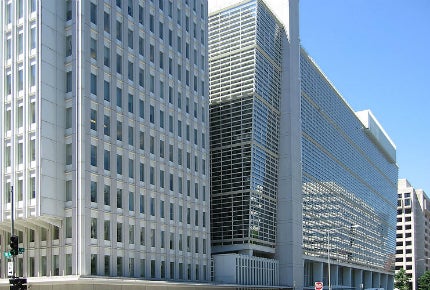 In May, UK energy regulator Ofgem launched investigations against six energy firms that have failed to meet energy efficiency targets set by the government.

Ofgem said energy companies achieved 99% of targets by December 2012, but would investigate the missed one percent.

British Gas, Drax, GDF Suez / IPM, Intergen, Scottish Power and SSE are the six companies that faced probing from the watchdog for failing to meet one or more of their energy targets.

The targets were set under two schemes – the Community Energy Saving Programme (CESP) and the Carbon Emissions Reduction Target (CERT) – by the Department of Energy and Climate Change (DECC).

The African Development Bank (AfDB) has launched a 1,068km transmission line project to be developed between Kenya and Ethiopia at a cost of $1.26bn.

The scope of work involves construction of associated AC/DC converter stations at Wolayta-Sodo, Ethiopia, and Suswa, Kenya, substations with a transfer capacity of up to 2,000MW in either direction.

The project will be funded by a $338m AfDB loan and $684m investment from the World Bank, while Kenya and Ethiopia have agreed to contribute $88m and $32m, respectively.

Turning air into liquid for grid-based energy storage could increase the UK’s energy security, reduce greenhouse gas emissions and create a new industry worth £1bn, according to a new report published by the Centre for Low Carbon Futures (CLCF).

The CLCF report found that liquid air energy storage technology has the potential to play an important role in the UK’s low carbon energy future.

A single gasometer-style tank of liquid air could recover the loss of 5GW of wind power for three hours, equivalent to about ten percent of the UK’s peak electricity demand, and help protect the country’s homes from blackouts, the reported noted.

Located on the Kali Gandaki River, the project intends to enhance the reliability of power supply through rehabilitation and safety measures.

The project’s site is located within the territory of the original Kali Gandaki ‘A’ Hydroelectric Project (KGAHEP) in Nepal.

Built at a cost of $453m, KGAHEP has not been able to meet its full generation capacity of 842GWh due to its continuous operation since 2002.

Europe could save €45bn by 2030 if renewable energy installations were built on sites that offer the highest power yields, according to a new study published by Siemens in May.

Working in collaboration with the Technical University of Munich in Germany, the energy giant analysed electrical power producing systems across Europe and identified considerable potential for optimisation, “especially in connection with plans to expand power generation from renewable energy sources.”

Aquamarine Power has secured approval from the Scottish Government to develop the world’s largest commercial wave farm off the north-west coast of Lewis, Scotland.

The approval paves the way for Aquamarine subsidiary Lewis Wave Power to start installing Oyster wave energy machines at the site in the next few years, once grid infrastructure has been put in place.

The company plans to deploy between 40 and 50 Oyster wave energy machines along the coast at Lag na Greine, near Fivepenny Borve.

On its completion, the 40MW farm will have the capacity to power about 30,000 homes in the region.

Nigerian Minister of Power, Professor Chinedu Nebo, said the Transmission Company of Nigeria (TCN) would access the funds as it worked to bridge the enormous electricity gap in the country.

A five-member technical committee has been set up to track project executed by the TCN, one of the successor companies of the Power Holding Company of Nigeria.

The loan, which is meant solely as intervention in the power sector, is to be released in $100m tranches.

UK Energy and Climate Change Secretary Edward Davey has announced that the UK will oppose the EU’s plans to increase renewable power generation.

Earlier this year, the European Commission adopted a Green Paper on “A 2030 framework for climate and energy policies”.

But Davey has said that the EU should learn the lessons from the 2008 package – that the renewables target has been too costly to implement.

The energy secretary did note, however, that the UK has urged Europe to set its emissions reduction target as 50% by 2030.