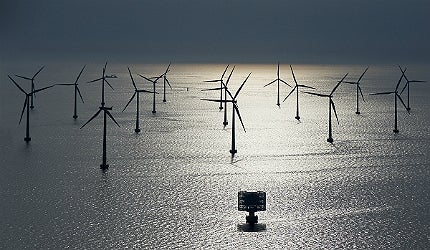 Wind power stands at an important junction in its development. The debate on its effectiveness as a clean energy solution is still raging on, with compelling evidence used to back up arguments from both sides. The balance of wind power's theoretical potential against its practical complexities is especially apparent in the offshore sector, where the possibility of harvesting more powerful and consistent wind currents is offset by harsh operating conditions and the expense of carrying out on-site maintenance.

These challenges go some way to explaining why, despite the potential of offshore wind power generation, there is currently only 1.5GW of installed offshore capacity in the UK, compared to about 4.5GW on land. Even so, offshore wind farm construction is picking up momentum in countries around the windy North Sea, especially after a slew of new development contracts were awarded under Round 3 of the UK's wind power development programme.

But to fully achieve the potential that offshore wind power has exhibited for so long, governmental support must go hand-in-hand with a steady refinement of a host of technologies, both in generation and distribution, to improve the shaky energy-cost ratio which has been impeding its progress. After all, if the private sector is going to take the risk of spending millions to set up wind farms under the cruel conditions of the North Sea or other regions, they must be assured of profitability once the hard work is completed.

As wind power specialists and technology companies continue to work on making wind power more viable, new designs are pointing the way to the next generation of efficient, reliable offshore wind turbines.

"Offshore wind farm construction is picking up momentum in countries around the windy North Sea."

Even the largest, most intelligent traditional offshore wind turbines have a fundamental limitation. As they are fixed installations, they are unable to access deepwater locations, where wind speeds are higher and more consistent than coastal areas. But where fixed turbines are out of their depth, floating systems may be ready to step in and fill the gap.

Governments of the US and UK announced a collaboration earlier this year to accelerate the development and sharing of this technology, which could allow turbines to operate in waters of 100m - 200m in depth, tethered to the sea floor and floating on underwater structures which provide ballast to stop them from toppling over. Apart from access to deeper waters and higher winds, the technology's main advantages include the ability to carry out maintenance onshore, a lower impact on marine ecology during installation and the potential to mitigate concerns about spoiling sea views for humans on the coast.

"Floating wind turbines will allow us to exploit more of our wind resource, potentially more cheaply," said UK Energy Secretary Ed Davey on the announcement of the collaboration in April 2012. "Turbines will be able to locate in ever deeper waters where the wind is stronger but without the expense of foundations down to the seabed or having to undertake major repairs out at sea.

"The UK and US are both making funding available for this technology and we're determined to work together to capitalise on this shared intent."

The technology is as yet unproven, and it remains to be seen whether floating turbines will be practical given challenges, such as rough weather and the difficulty of transmission. But several demonstration projects are currently underway or in the planning stages, and the significant public and private investment in the technology indicates a general confidence that it could be effective and economically viable once commercialised. 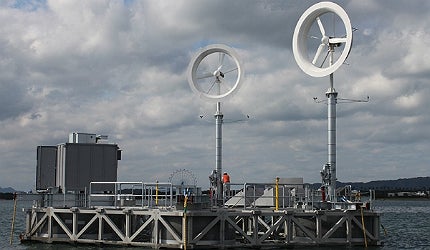 Developed by a team at Kyushu University, the Windlens turbine features a curving ring around its rotor blades

In November 2011, offshore Portugal saw the installation of its first floating wind turbine, supported by Principle Power's WindFloat semi-submersible structure, which mitigates wave motion for greater stability and allowed the two megawatt Vestas turbine to be completed on land before being towed out to sea without the need for offshore heavy lifting equipment, further contributing to the cost-effectiveness of the concept.

As an installed full-scale floating wind turbine, WindFloat joins Statoil's Hywind demonstration project off the coast of Norway, which has been in place since 2010 and has generated 15MWh of energy. Projects in the UK (the Energy Technologies Institute is looking for a site for a £25m floating demonstration project) and the US are not far behind, which should provide a good bank of data to help decide whether floating technology could be as big a part of future offshore wind power infrastructure as its potential suggests.

While these turbines look to proving the floating concept in the short and medium-term, a new demonstration project in Japan is moving even further into the future. Windlens, as the technology has been dubbed, is a floating concept currently being field-tested 650m out from Hakata Bay on the island of Kyushu.

Developed by a team at Kyushu University, the Windlens turbine features a curving ring (or 'diffuser shroud') around its rotor blades, which reportedly accelerates the speed of airflow through the turbine, cutting down on noise and potentially providing a massive boost to the amount of energy which can be harvested from wind when compared to traditional wind turbines. Although the demonstrations are very small, with nothing larger than 70-100kW installed so far, the Windlens could prove to be a key concept that will bleed through into other areas of ultra-efficient turbine design.

Because of the difficulties inherent to the offshore environment, new wind turbine designs are primarily focusing on improving efficiency by cutting operating costs and increasing energy yield.

"In the quest to push the energy-cost ratio as far as possible, intelligent systems will likely play an increasingly important role."

One way of achieving this is to leverage economies of scale by developing wind turbines of an unprecedented size and output.

Recent turbines designed to serve new offshore projects in the rough seas of Northern Europe (especially the UK's Round 3 wind farm contracts) demonstrate that size matters in many areas of turbine development.

Vestas' new V164-7.0MW turbine is an apt example, a massive seven megawatt capacity turbine dedicated to offshore operations. Weighing around 800 tons and with a colossal 164m rotor diameter, the turbines sheer scale allows it a capacity that is one megawatt greater than its main next-gen rivals developed by the likes of Siemens and General Electric.

An hour's operation will provide enough electricity to power three households for six months, and it is this high output which Vestas believes customers who are setting up offshore wind farms need to achieve.

Gearbox vs. direct drive: the debate 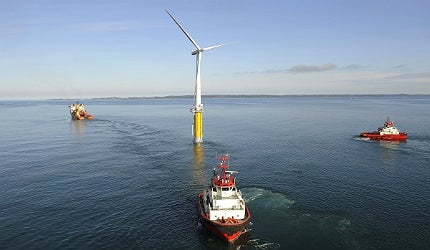 Wind power stands at an important junction in its development

The latest generation of large-scale wind turbine designs has sparked a debate in the industry concerning whether to stick with traditional geared motors or to push forward with direct drive systems, which take out the moving parts, such as the gearbox, in an effort to reduce ongoing maintenance costs and improve efficiency by saving the power usually wasted in friction.

Vestas has opted to play it safe with its V164 turbine, which uses a geared system, arguing that proven technologies are more attractive to offshore customers who need to minimise risk. "Offshore wind customers do not want new and untested solutions," said Vestas' president of technology R&D Finn Strøm Madsen on the turbine's launch in 2011. "They want reliability and business case certainty - and that is what the V164-7.0 MW gives them."

"Turbines will be able to locate in ever deeper waters where the wind is stronger but without the expense of foundations down to the seabed."

Other developers disagree. Finnish developer Mervento's new 3.6MW turbine has chosen direct drive technology to maximise energy yield when compared to operation and maintenance costs. This potential for higher profitability is "what the industry has been waiting for", according to Mervento CEO Patrik Holm.

The CTO of Siemens' wind power division Henrik Stiesdal similarly praised the use of direct drive as an offshore risk reducer in the company's six megawatt turbine design. "Our direct drive technology offers a smart, straightforward design that minimizes the number of moving parts in the wind turbine," he said. "We expect that our new SWT-6.0-120 will set new standards for performance, robustness and optimised maintenance concepts, which are major advantages in the harsh conditions offshore."

Siemens' latest turbine also serves as a reminder that brains as well as brawn will play a part in lowering operating costs and reducing risk. The turbine's built-in intelligence systems range from a supervisory control and data acquisition (SCADA) system for constant monitoring of operations, to high-wind ride through technology which automatically compensates for particularly strong gales to avoid unscheduled shutdowns. In the quest to push the energy-cost ratio as far as possible, intelligent systems such as these will likely play an increasingly important role.

The offshore environment may be a challenging one for wind turbines, but new designs developed by the industry and academic researchers appear to be coming ever closer to taming it. As turbine efficiency and resiliency increases with every new breakthrough, it seems more likely that offshore regions, despite their unique complexities, could overtake their land-based counterparts as the main source of wind energy in high-potential areas, such as the North Sea.