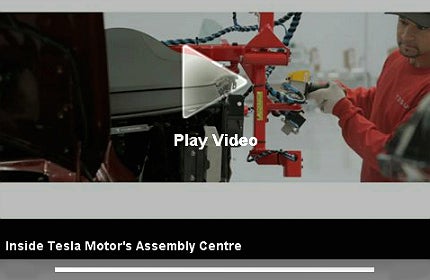 Car manufacturers around the world are revving up the production of electric vehicles (EVs), with government support a driving force behind their plans.

The US is looking to roll out one million EVs by 2015, while Chinese leaders are hoping for five million EV sales by 2020.

But while EVs are expected to play a central role in decarbonising road transport, experts are warning they could have a negative impact on electricity supplies as more motorists seek to recharge their batteries.

"The US is looking to roll out one million EVs by 2015, while Chinese leaders are hoping for five million EV sales by 2020."

Thus far, the adoption of electric cars has been slow, with high costs and ‘range anxiety’ – the fear or running out of battery far away from a charging station – being the main bumps in the road.

But the industry could be about to make a u-turn, as governments look to invest in new charging infrastructure.

In Europe, there are plans to install almost 800,000 publicly accessible charging points in the EU’s 27 member states by 2020. European climate action commissioner Connie Hedegaard said in January: "With our proposed binding targets for charging points using a common plug, electric vehicles are set to hit the road in Europe."

More charging stations are also being built across North America. US car manufacturer Tesla has even announced it will build its own network of stations along well-traveled routes, with 100 in the pipeline for 2015.

One of the main problems hindering production of cheaper electric cars is the cost of lithium-iron batteries, but this cost has halved from about $1,000 per kilowatt-hour of storage in 2008, to about $500 today.

Electric drivetrains are also "much more efficient" than internal combustion engine (ICE) drivetrains, according to Bill Destler, president at the Rochester Institute of Technology in New York.

Writing in a blog for the Huffington Post, Destler said: "A Nissan Leaf or a Chevy Volt can go about 40 miles on 11 kilowatt-hours (KWH) of electricity, the energy equivalent of a third of a gallon of gasoline. And since the national average cost per KWH for electricity is only $0.11, this performance translates cost-wise into the equivalent of more than 120 miles per gallon."

But as the mass roll out of EVs is incentivized, there are concerns that this new type of electricity load will impact peak electricity demand, given the likelihood that a large proportion of motorists would seek to recharge their batteries during the evening.

"In Europe, there are plans to install almost 800,000 publicly accessible charging points in the EU’s 27 member states by 2020."

In the US, the University of Delaware has developed a vehicle-to-grid (V2G) project which allows electricity to flow from cars to power lines. One properly-designed electric-drive vehicle can generate more than 10kW, the average draw of ten houses, according to Willett Kempton, director of the Center for Carbon-free Power Integration at UD.

In the future, it is hoped that electric vehicles will be charged at night when demand is low and store excess chunks of power inside their batteries at times when short-term demand is high, and providing it back to the grid.

In his discussion paper ‘Smart grids and electric vehicles: Made for each other?’ published in April 2012, Morgan said: "This can help to reduce electricity system costs by providing a cost-effective means of providing regulation services and peak-shaving capacity. In this way, EVs could both benefit from and drive forward investment in smart grids."

By planning now for EVs, utilities can maximise the utilisation of their infrastructure and create closer relationships with customers, according to Silver Springs Networks, which believes a smart grid is the key to smart EV charging.

In its white paper ‘How the Smart Grid Enables Utilities to Integrate Electric Vehicles’ published in June 2012, the US-based company said: "With a smart grid, utilities can manage when and how EV charging occurs while adhering to customer preferences, collect EV-specific meter data, apply specific rates for EV charging, engage consumers with information on EV charging and collect data for greenhouse gas abatement credits."

Tesla’s recently-launched Supercharger network of solar-powered chargers for electric vehicles aims to prove that renewables can rule the road.