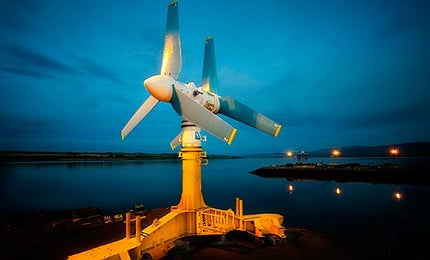 The UK saw the launch of the second marine energy park in July, which will help accelerate the commercialisation of marine power technologies and contribute to the nation's renewable energy and emission reduction targets.

Much like the South West Marine Energy Park introduced in England earlier in 2012, the site will act as a one-stop shop for those interested in investing in renewable technology and speed up the testing of a range of wave and tidal devices.

To celebrate the launch, we list the biggest and most promising marine energy projects in the UK and across the globe. 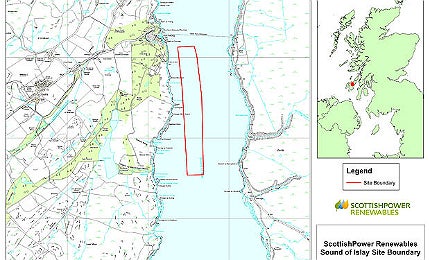 Map showing the location of Sound of Islay

Scottish Power Renewables is building the world's first commercial scale tidal array in the Sound of Islay, situated between the Scottish islands of Islay and Jura.

Preparatory works on the £40m project has commenced and installation works are expected to commence between 2013 and 2015.

The project will feature ten HS1000 tidal turbines, developed by Norwegian-based Hammerfest Strøm and generating ten megawatts of renewable energy, which is sufficient to power 5,000 homes.

Scottish Power Renewables has also signed an agreement with Diageo to provide electricity to other distilleries in Islay. 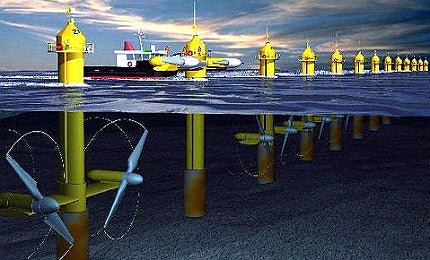 SeaGen, the world's first commercial-scale tidal turbine, was installed in the Strangford Narrows off Northern Ireland by Marine Current Turbines in May 2008, and was connected to grid two months later.

The 1.2MW turbine consists of two 600KW turbines and is four times more powerful than any other stream turbine in the world.

SeaGen's twin rotors begin to generate electricity once the tide runs faster than 1m/s. At maximum speed, the tips move at around 12m/s - around 1/3 of the average wind turbine speed.

Strangford Lough has a highly energetic tide and so is recognised as one of the main tidal 'hotspots' in UK and Irish waters. 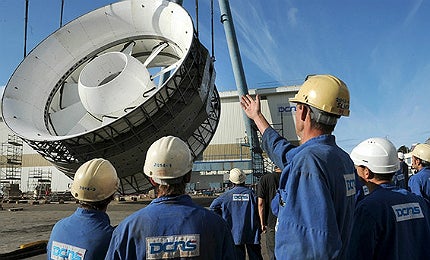 Paimpol-Brehat Tidal Farm, being constructed off the coast of North Brittany, France, is set to become the largest tidal array in the world once all four of turbines commence operations in 2012.

The €40m project was first proposed by Electricite de France (EDF) in 2004, after France formally banned coal mining in the country.

OpenHydro Group began construction work at the farm began in 2008 and testing of the first turbine was completed in August 2011.

OpenHydro's turbines were selected for the Paimpol-Brehat power project due to their low-cost and ease of installation. Laying the turbines underwater requires no drilling or excavation work. 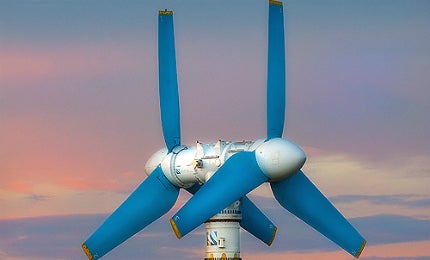 The device, which has a capacity to generate one megawatt of electricity, is currently undergoing tests and will be deployed in a large scale array in Pentland Firth in 2013.

Two sets of blades are fitted on the tidal turbine to tackle reflux and flood tides. The diameter of each blade is 18m, and they rotate slowly at a rate of six to eight revolutions a minute to eliminate the risk of environmental impact. 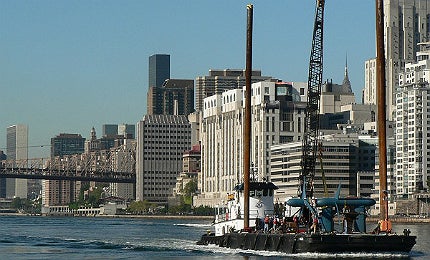 The one megawatt project became the first marine energy development of its kind to receive a pilot license from the Federal Energy Regulatory Commission in January 2012.

The pilot project will occupy an area of 21.6 acres and will be monitored remotely. Verdant Power hopes to connect the array to the grid in 2014 and generate 2.4GWh of electricity from the project annually.

A demonstration phase was carried out from 2006 to 2009 and included the installation of a six turbine array. This showed that a turbine peak efficiency of 38% to 44% can be achieved in water current speeds of 1.8kts to 4.2kts. 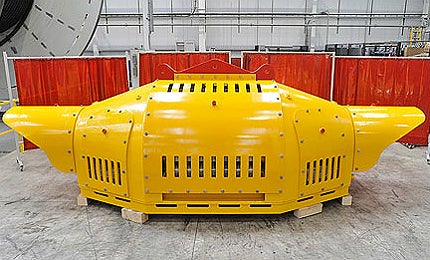 The Wave Hub, which will sit on the seabed ten miles off the Cornish coast

Located ten miles off the coast of Cornwall, England, the Wave Hub marine infrastructure project serves as a demonstration facility for developers to test their wave energy devices and generate electricity.

The £42m Wave Hub was developed by the South West Regional Development Agency and was undertaken as part of the company's plan to develop a marine energy industry in South West England.

The plant has an initial capacity of 20MW, sufficient to provide electricity to 7,000 homes, with a provision to increase it to 50MW in the future.

According to an independent economic assessment, the project will create 1,800 jobs and will provide £560m to the UK economy during a period of 25 years.

“The world’s largest solar award”: can India make it happen?

The Netherlands publishes report ahead of nuclear consultation

“The world’s largest solar award”: can India make it happen?

Cybersecurity in Power: Trends in Utilities