Power industry contracts activity in April 2021 saw 193 contracts announced, marking a drop of 55% over the last 12-month average of 427, according to GlobalData’s power database. 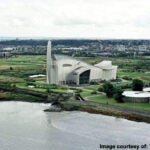 On the basis of the last 12-month average, Europe held a lead over others with 199 contracts, followed by Asia-Pacific with 104.

Solar tops by technology in April 2021

Looking at power industry contracts divided by segment as tracked by GlobalData, Electricity Procurement was the most popular segment during April 2021, with 69 contracts, followed by Power Plant (58) and Generation Equipment (42).

The top issuers of contracts for the month in terms of power capacity involved were: