The loan, which has been secured for a period of 19 years, will be used to create new infrastructure and carry out modifications to the power plant.

Albioma noted that the modifications are aimed at operating the plant at 100% biomass by 2020.

The amount will be used to finance the works required for making the power plant comply with the Industrial Emissions Directive (IED) which is set to come into force on 1 January next year. 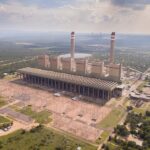 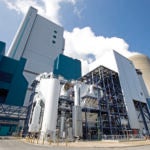 The company agreed to the loan with BNP Paribas and CIC, as co-arrangers, and Bpifrance.

“Albioma noted that the modifications are aimed at operating the plant at 100% biomass by 2020.”

Once the investments conclude Albioma will operate two thermal units in the Caribbean area that operate solely on biomass.

Last year, the company announced the industrial commissioning of Galion 2 in Martinique as its first overseas 100% bagasse/biomass power plant.

In a separate development, Albioma announced that the Port Ouest photovoltaic power plant located in the town of Le Port in Réunion became operational.

The plant has a total power of 1.34 MWc and is equipped with Li-Lon energy storage batteries with a capacity of 1.33 MWh.

Albioma CEO Frédéric Moyne said: “With the Port Ouest power plant, Albioma is reinforcing its place as the main producer of photovoltaic energy overseas, by building and developing innovative projects with energy storage, which provides stability to networks and speeds up energy transition.”