Helion Energy , a US-based start-up focused on generating zero-carbon electricity from fusion, has raised $500m in a Series E funding round.

The funding round was led by OpenAI CEO and former Y Combinator president Sam Altman.

The company will use the proceeds to complete the construction of its seventh-generation fusion generator, Polaris. 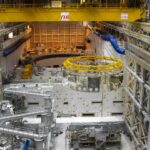 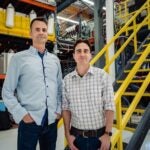 Helion said that the generator builds on the performance of its six predecessors and is powered by the company’s pulsed non-ignition fusion technology.

Polaris is expected to reach net electricity production in 2024, a capability that may facilitate the development of fusion power plants in the future.

Helion Energy founder and CEO Dr David Kirtley said: “This funding ensures that Helion will be the first organisation to generate electricity from fusion.

“Our sixth prototype demonstrated that we can reach this pivotal milestone.

“In just a few years, we will show that the world can count on fusion to be the zero-carbon energy source that we desperately need.”

Sam Altman said: “With a tiny fraction of the money spent on other fusion efforts, and the culture of a startup, this team has a clear path to net electricity.

“If Helion is successful, we can avert climate disaster and provide a much better quality of life for people.”

Under the terms of the funding round, Helion can secure a further investment of $1.7bn if it achieves key performance milestones.

In June, the company became the first private fusion company to heat a fusion plasma to 100 million degrees Celsius, which it described as a ‘critical’ engineering milestone for generating energy from fusion.