The agreement aims to support the development, upgrade and digitalisation of Iberdrola ’s electricity distribution networks in several regions across the country.

The loan will allow the company to boost smart grids in the region, which will contribute to greater electrification while supporting Spain and the European Union’s climate neutrality targets for 2050.

EIB’s loan agreement will support a network investment plan to be developed by i-DE, Iberdrola ‘s Spanish distributor, between now and 2023. The total amount of money invested under the plan could come to €1.43bn ($1.7bn). 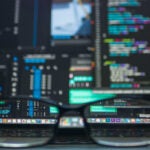 The loan will help Iberdrola to improve the reliability, efficiency and security of the regional renewable and sustainable energy supply.

According to EIB estimates, i-DE’s investment plan could create almost 10,000 jobs a year and drive the green recovery of Spain’s economy during its implementation period.

Of the investments, 68% will be made in areas with particularly high rates of unemployment, known as cohesion regions.

The EIB financing will help achieve three goals, namely meeting growth in demand and production, improving the resilience of the electricity grid, and promoting the modernisation of processes related to electricity distribution infrastructure.

All three of these aims will be met while taking sustainability criteria into account.

The investment will contribute to the EIB’s sustainable energy public policy objective and meets the criteria of its Climate Bank Roadmap.

It will also support increased electrification in the heating and mobility sectors, which complements Spain’s National Energy and Climate Plan objectives.

Last February, the EIB approved a €255m ($301m) loan for a Greek electricity distribution network upgrade and agreed to support an investment programme by the Hellenic Distribution Network Operator (HEDNO).