The world’s largest climate conference has begun. Leaders in politics and industry have talked up the critical importance of COP26 for months, preparing for the most intense period of climate negotiations since the Paris Agreement. World leaders have gathered to discuss new action for power generation, energy investment, and preventing further harm to the global environment.

On day one, delegates assembled for the conference’s opening ceremony, before negotiations began. This started with procedural matters, followed by a round of speeches setting the tone for the days to come.

COP26 day one: “We have run down the clock on climate change”

The conference officially opened on Monday morning with a round of speeches. These included many world leaders, UN officials, and personalities involved in climate activism.

Host nation Prime Minister Boris Johnson was the first world leader to take the floor. He told assembled officials that: “Humanity has long since run down the clock on climate change. It’s one minute to midnight on that doomsday clock, and we need to act now.” 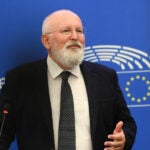 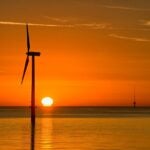 He told delegates: “We in this room can deploy hundreds of billions, but the market has trillions. The task now is to work with all multi-lateral development banks, so that we can jointly identify projects to de-risk, so private-sector money can come in.”

UN Secretary General Antonio Guterres expanded on this, referencing the positive feedback loops that can cause the cost of renewables to plummet. He said: “Investing in a net-zero climate-resilient economy will create […] virtuous circles of sustainable growth, jobs, and opportunity.

“We have progress to build upon. Many have pulled the plug on international financing of coal. The private sector is waking up; the Net-Zero Asset Owners Alliance, the gold standard for credible commitments and transparent targets, manages $10tn in assets and capitalising change across industries.”

The philosophy behind the science

The opening round of speeches also touched on the philosophical importance of collaboration and preserving life on Earth. A short film narrated by lecturer and presenter Brian Cox emphasised the unique nature of life on earth. Later on, naturalist and presenter David Attenborough spoke on the history of Earth’s carbon dioxide concentration.

Accompanied by an audio-visual presentation, Attenborough briefly mentioned COP26’s great uncertainty. “We must acknowledge: no nation has completed its development,” he said. “Because no advanced nations is yet sustainable. All have a journey to complete so that all nations have a good standard of living and a modest footprint.”

While Attenborough ended on a note of optimism, this was quickly contrasted by Mia Amor Mottley, prime minister of Barbados. Her more subdued and realistic speech indirectly noted the absences of Presidents Xi and Putin, of China and Russia respectively. She also criticised the huge underachievement of climate funding compared to pledges, and sounded a “code red” for G7 and G20 leaders.

“Is this how our story ends?”

Mottley criticised climate commitments that rely on technologies still under development, such as that announced by Australia last week. She said these plans were “at best reckless, at worst dangerous”.

She continued: “Failure to provide critical climate finance is measured in lives and livelihoods in our communities. This is immoral, and it is unjust. […] When will leaders lead?”

“When will leaders lead?”

Mottley also indirectly suggested the use of quantitative easing and modern monetary theory to support rapid decarbonisation action. She said: “The central banks of the wealthiest countries engaged in $25tn of quantitative easing in the last 13 years. Of that, $9tn was in the last 18 months to fight the pandemic. Had we used that $25tn to purchase finance the energy transition [and other initiatives], we would not be reaching that 1.5°C limit.”

The presence of nations most-threatened by climate change was said to make a notable difference at the Paris Climate Conference, and representatives of climate-vulnerable peoples interspersed speeches by leaders at the opening ceremony.

Samoan climate activist Brianna Fruean told world leaders of the existential threat that climate change posed to her nation. Representing Indigenous peoples of the Amazon rainforest, Txai Surui told delegates of how her friend died protecting the rainforest from development. She continued: “Indigenous people are at the front line of the climate emergency, and we must be at the centre of decisions happening here.”

Indian Prime Minister Narendra Modi made five climate commitments, including his country’s first net-zero pledge. Before this, India was the world’s greatest polluter, largest economy, and most populous nation to have not made a net-zero pledge.

However, the 2070 deadline comes 10 years later than China’s net-zero commitment. It also comes 20 years after the 2050 deadline agreed by most G20 countries.

Modi also announced that India would increase its “non-fossil energy capacity” to 500GW by 2030. In the same time frame, the country would look to source 50% of its energy from renewables and reduce total carbon emissions by one billion tonnes.

China and Russia received indirect criticism on the opening day for not attending in person. Outside the conference, protesters made more direct condemnations of the countries and their environmental damage.

However, India has escaped much of this scrutiny. The world’s second most-populous country has industrialised and developed at a rate comparable only to China. With this, its carbon intensity has increased, though Modi pledged to decrease this by 45% before 2030.

Late on Monday, a group of world leaders announced a deal to end deforestation by 2030. While this measure will not directly help mitigate climate change, it will prevent further harm to natural carbon sinks – forests. It would also bring the signatories closer in line with the UN’s sustainable development goals, which aim to protect biodiversity.

Importantly, the group of signatories includes Brazil, which has increasingly depleted the massive Amazon rainforest. Sitting President Jair Bolsonaro has encouraged industrial activity such as mining within the rainforest, looking to improve his country’s economy. This has rapidly increased the rate of deforestation, causing some areas of the Amazon to release more carbon dioxide than they consume.

Bolsonaro has said that richer nations would need to pay Brazil to protect its rainforest. It now seems this will come to pass.

Indonesia, the world’s largest exporter of environmentally-damaging palm oil, will also sign the agreement. More than 100 countries, with responsibility for 85% of the world’s forests, will sign up on Tuesday.

Day two also marks the first full day of talks. UK Prime Minister Boris Johnson is said to have pre-arranged several side-deals to be announced throughout COP26, so Tuesday may bring another small win for the climate.