Griddy Energy, the Texan energy supplier that encouraged customers to leave its service during recent snowstorms, has become the third energy firm in the state to file for bankruptcy as a result of grid disruption.

In hearings, Texas lawmakers have heard that both generators and utilities could be at risk of bankruptcy.

During the snap freeze, temperatures fell below -10°C in areas where they would rarely dip below 5°C. This froze up gas supply lines and machinery, in turn limiting supply to the state’s power plants. Wind turbines seized up and 45GW of generation capacity went offline during the storms. Meanwhile, the cold caused a surge of demand in Texas’ energy systems.

The Electric Reliability Council of Texas (ERCOT) regulates generation and energy management in the state. Seven of its board members have resigned since the crisis, and the company has fired its CEO. Executives have now started their testimony to lawmakers over what went wrong. 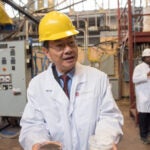 Former ERCOT CEO Bill Magness recently testified to the Texas House of Representatives. He told lawmakers that at one point payments owed to generators reached $10bn per day. An ERCOT notice said that the company currently owes power suppliers $1.3bn for power it distributed during the crisis.

In turn, ERCOT says it cannot pay this to generators until utilities pay their bills to the company. In the case of Griddy, the company awaits payments from its customers. Many of these customers say they cannot pay the high cost of electricity passed down the chain in February.

ERCOT blocked Griddy from the Texas energy market after the latter company did not pay bills. In its filings with the United States Bankruptcy Court for the Southern District of Texas, Griddy Energy listed its debts as ranging between $10m and $50m.

The company owes $29m to ERCOT for energy costs, its largest debt by far. In comparison, the company listed assets of between $1m and $10m.

During the storms, Griddy encouraged customers to “find a short-term plan” for cheaper power supply “if the forecast and prices are too extreme for you right now”.

The company charged a subscription fee to its service while otherwise only charging the wholesale rate for energy. As the wholesale rate reached its $9,000/MWh cap, the utility could not mitigate the charges and passed them on to consumers.

This then left some customers with extreme bills. One resident of Houston, living in a one-bedroom apartment, received electricity bills of $4,677 for energy over one week.

Michael Fallquist, chief executive of the company, lays the blame with ERCOT, saying: “The actions of ERCOT destroyed our business and caused financial harm to our customers.” Fallquist declined to attend the hearings.

On its website, Griddy shared an explainer for its Chapter 11 filings. Beneath this, the company posted screenshots of positive testimonials and reactions to the news of its bankruptcy.

At the same time, the company faces a possible class action lawsuit from its former customers. This alleges that Griddy broke the Texas Deceptive Trade Practices Act.

Derek Potts of Potts Law Firm in Houston, representing the class action, said: “Since filing the proposed class action on 22 February, we have heard from hundreds of Texans across the state with reports of excessive and exorbitant bills, collection efforts, and large withdrawals from personal bank accounts and credit cards by Griddy representatives, sometimes causing accounts to be overdrawn.

“Although Griddy is now suspended from operating, we’re concerned that these attempts to cause financial harm will continue and internal records that support our claims of deceptive practices by the company will be destroyed.”

Just Energy Group and Brazos Electric Power Cooperative have also filed for bankruptcy in the past month. While these companies used more traditional utility company practices, they have had much the same experience of the crisis.

Brazos, the state’s oldest energy cooperative, accumulated bills of $2.1bn during the week-long cold snap. For comparison, the company bought all the power it supplied in 2020 for $774m.

In a declaration to bankruptcy courts, executive vice president Clifton Karnei said: “Brazos Electric suddenly finds itself caught in a liquidity trap that it cannot solve with its current balance sheet. The level of charges could not have been reasonably anticipated or modelled.”

Just Energy, a Canadian company, also filed for bankruptcy in Texas after recently completing a recapitalisation. The company received bills of $250m from ERCOT and has since borrowed $125m in emergency funding from Pacific Investment Management.

Separately, ERCOT has commissioned the construction of two energy storage plants from Wärtsilä in order to increase its grid resilience.

Update 17/03: The Dallas Morning News has reported that Griddy customers will have their bills written off as part of ongoing negotiations between Griddy and the Texas attorney general’s office.

In a statement, attorney general Ken Paxton said: “Griddy and my office are engaged in ongoing good faith negotiations to attempt to address additional relief for those Griddy customers who have already paid their storm-related energy bills.”