Neoenergia , a subsidiary of Spanish energy company Iberdrola , has made winning bids in a transmission line auction in Brazil.

The company won two of the 13 lots offered by the country’s National Electricity Agency (Aneel).

The two projects will entail a combined investment of around R$5.5bn ($1.02bn) and generate more than 11,000 jobs during their construction.

One of the projects involves installing 1,707km of transmission lines between the states of Minas Gerais and São Paulo. 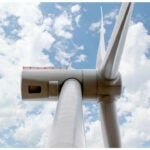 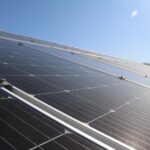 The project was the longest offered in the auction and aims to bolster the transmission capacity of Minas Gerais’ northern region.

It will feature three 500kV lines and one 440kV line, as well as a new 500kV New Bridge III substation.

According to the deadline granted by the regulator, the project is scheduled to be completed within 60 months from when the concession contract is signed on 30 September this year.

Neoenergia has also won a smaller contract, which will involve the delivery of 291km of lines in nine municipalities in the state of Mato Grosso do Sul.

The works under this project will integrate three small hydroelectric power plants and are expected to be completed within 48 months.

In a statement, Iberdrola said: “The acquisition of the assets reinforces the company’s expansion in the transmission segment and consolidates its commitment to the country.

“The company is betting on this auction thanks to its attractive regulatory framework – revenues are linked to inflation – and the country’s legal certainty.”

The project is located in Rhodopes and features eight V150 4.2MW wind turbines, each with a hub height of 105m and a rotor diameter of 150m.