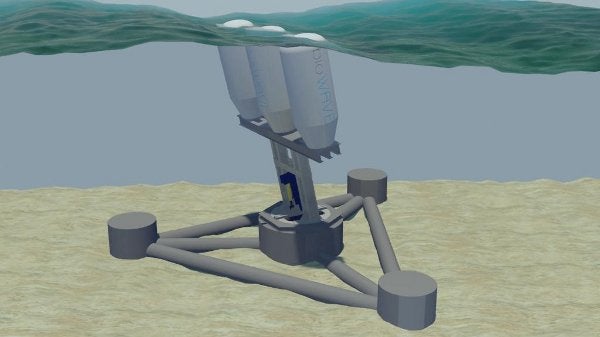 The Victorian minister for energy and resources Michael O'Brien MP has awarded the funds under the nation's sustainable energy pilot demonstration programme.

The monies will be put towards the company's $14m pilot demonstration project at a grid-connected site near Port Fairy.

The project consists of a structure that sways back and forth beneath the waves, integrated with a self-contained module (O-Drive).

The O-Drive converts the resulting oscillating forces to electricity by pressurising hydraulic fluid, which is used to spin a generator to produce electricity for delivery to the grid through a subsea cable.

The technology is designed to operate at depths of 30-50m.

Dr Timothy Finnigan, BPS CEO, said the company has set out to address many issues that have plagued most wave energy technologies in developing the bioWAVE technology.

For the past five years, the company has performed multiple on-land tests at different scales prior to ocean deployment.

"We are now ready for the ultimate test installing of the bioWAVE in high energy for up to 30m deep ocean waters and have to raise another $3.6m to complete the project funding" added Finnigan.

The most critical component has been tested at full scale at its factory in Mascot NSW at Sydney.

The unique bioWAVE differs from other wave technologies in three critical ways. Firstly, it is designed to generate grid compatible electricity 'in situ', so is connected to the shore through a subsea electrical cable only.

This gives good flexibility on locating the plant, opening up access to greater energy resources, while always transmitting the energy to shore efficiently as high-voltage electricity.

Secondly, it will automatically assume a safe position, lying flat against the seabed during extreme wave conditions.