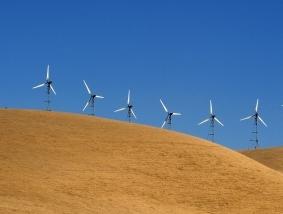 Enovos Luxembourg, a subsidiary of Enovos International, has unveiled plans for construction of a new 10MW wind farm in Souilly near Verdun, France.

The facility will include five wind turbines, each with a capacity of 2MW and is scheduled to be commissioned in September 2012.

The firm is expanding its operations in electricity production through renewable energy sources.

Electricity produced from the wind farm is estimated to produce more than 20,000,000kW a year, which will generate enough power for 5,500 households.

Daniel Christnach, Enovos Luxembourg head of Renewable Energies & Cogeneration, said more than 9,200t of greenhouse gas emissions will be avoided each year as a result of the clean electricity produced by the site.

Once operational, Enovos will have a total renewable energy production capacity of nearly 270MW across Belgium, France, Germany, Italy and Luxembourg.

Work will begin next month; the first sections of the turbine foundations will be delivered in February 2012, while the assembly works and installation will continue until August.

Production from the wind farm is scheduled to start in September 2012, with Denmark-based wind turbine manufacturer Vestas supplying its V90 machines for the sites.

Jean Lucius, Enovos Luxembourg CEO, said:"With our investment in the Souilly wind farm, a project which has been developed by ABO Wind of Wiesbaden, we are confirming our commitment to renewable and environmentally friendly energy sources."

Caption: Enovos Luxembourg invests in the construction of 10MW wind farm in France