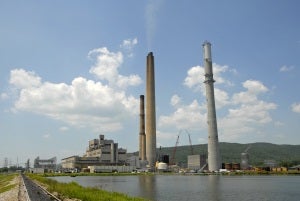 The price negotiating power of coal-hungry utilities is likely to weaken if a merger between commodities giant Glencore International and global mining company Xstrata goes ahead, analysts have warned.

The deal, formally agreed between the companies earlier this week, will create a $90bn natural resources group, which will become the biggest exporter of coal for power plants, controlling around 30% of the global market.

This will mean the group will have more pricing power, threatening countries like Japan, which has been forced to buy more coal since the Fukushima nuclear disaster last year, as well as China, which is the largest consumer of coal.

Tokyo's Fukoku Capital Management CEO Yuuki Sakurai said he is concerned about less competition in the coal market if the deal is signed.

"Fewer suppliers through mergers and acquisition activities may oligopolize the market," Sakurai told Bloomberg. "There's a possibility that the negotiation power of the utilities will weaken."

However, the merger could be under threat as only 16% of Xstrata's register has to vote against the deal to block it and two shareholders have already come forward to oppose the plans.

Standard Life Investments and Schroders, which together own 3.6% of Xstrata, said the merger would undervalue their shares.

The announcement states that the premium price offered to shareholders is 15.2% above Xstrata's share price at the close of business on 1 February. However, if the 1 February closing price for both companies is used, the premium falls to 8%.

Glencore will then have to persuade anti-trust regulators around the world to let the deal through, according to Chris Searle, corporate finance partner at BDO. "This won't be an easy task, given the combined group will have a world market share of 30% of internationally traded thermal coal, 25% in zinc, and between 10% and 15% in copper, lead and ferrochrome," he said. "So for these reasons, this is by no means a done deal and it will be months before it can be completed."

Although Xstrata CEO Mick Davis believes the merger offers a 'unique opportunity' to create a new business model in the industry to respond to a changing environment.

"It is the logical next step for two complementary businesses, each with an outstanding track record of shareholder value creation, entrepreneurial management and a proven ability to spot valuable opportunities and capitalise on them," said Davis.

Image: A merger between Glencore and Xstrata could increase coal prices and damage the power industry. Photo: Mark Winfrey.