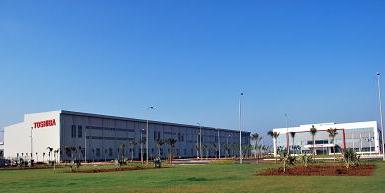 The organisation is a 75:25 joint venture between Japan-based Toshiba Corporation and India based conglomerate JSW Group.

The new manufacturing centre will produce steam turbines and generators for super-critical thermal power plants in generating capacities ranging from 500MW to 1,000MW. It will have an annual production capacity of 3,000MW by the end of 2012.

It will form a major manufacturing hub, serving the global markets; it will also include a blade manufacturing shop, which now produces specialised turbine blades.

Toshiba JSW anticipates sales in the region of $400m as it plans to double its manufacturing capacity to 6,000MW by the end of fiscal year 2015.

"The support we have received from the government and local community gives me every confidence for the long term success of Toshiba JSW once it starts operation," added Ishibashi.

The government of Tamil Nadu is extending full support to the JV and is promoting infrastructure development that include power and water supply, as well as strengthening roads and bridges between the plant and the port of Ennore in Chennai.

Initial production will be shipped to customers in India, with subsequent output also be exported to emerging economies of Southeast Asia and the Middle East.