As part of a review, the regulator examined companies’ procedures around establishment of direct debits. A statement by Ofgem said that it had “found a range of weaknesses or failings” in company processes including a lack of policy documents and staff guidance over handling of direct debits.

The most severe policy weaknesses included “inadequately documented or embedded processes, weak governance and controls, [and] an overall lack of a structured approach to setting customer direct debits”. Although Ofgem did not detail the failings of specific suppliers, the regulator sorted its 17 largest suppliers into groups, with only four having no significant issues found.

Of the 17 largest suppliers in the UK market, most had minor issues with payment systems. The regulator found Ecotricity, Good Energy, Green Energy UK, Utilita Energy, and TruEnergy to have “moderate to severe weaknesses”. Ofgem has now “started compliance engagement” with these companies, warning that continued noncompliance would invite fines, or bans on acquiring new customers. 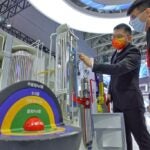 Homepage
Could the Ukraine crisis herald a rebirth for nuclear power? 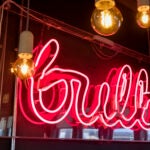 Ofgem CEO Jonathan Brearley said: “Suppliers must do all they can, especially during the current gas crisis, to support customers and to recognise the significant worry and concern increased direct debits can cause.

“We know there is some excellent service out there, but we want to make sure that it’s consistent and standard across the board. It’s clear from today’s findings on direct debits that there are areas of the market where customers are simply not getting the service they need and rightly expect in these very difficult times.

“Today’s findings show that with the urgent changes we are now expecting, the current system will be much fairer for consumers.”

All energy suppliers must now review the accounts of customers whose payments have increased by more than double between February and April 2022, more than 500,000 in total. Utilities must submit action plans covering how they will address these customers within two weeks.

The review also found that power supplier UK Energy Incubator Hub (UKEIH) also had significant failings in its handlings. However, the company declared bankruptcy on Monday, two days before Ofgem ’s announcement. The utility supplied power to 3,000 customers via the brands Northumbria Energy and Neo Energy. Ofgem will now move these customers to Octopus Energy, which won bidding for the customers’ accounts.

Four days earlier, Ofgem demanded that UKEIH remove “a senior individual from a position of significant management responsibility” after it found that “the individual is not fit and proper to occupy such a role”. This demand marked the first time that Ofgem had exercised a power it gained in January 2021. It also came followed following the failure of 28 energy suppliers since August 2021, which attracted criticism from politicians that the regulator did not exercise its power enough.

Also this week, charity co-ordinator Citizens Advice published a report covering the ongoing stream of collapses among British utilities. This said that the cost to Ofgem of transferring customers away from failed suppliers has reached $5.47bn (£4.6bn). However, this calculation likely does not include the cost of UKEIH’s bankruptcy. These costs will add approximately $195 (£164) to annual bills for UK households, which pay for Ofgem .

Under the current system, UK power bills will rise by up to £1,971 in October. This represents a 42% increase on tariff caps six months before, driving poorer households towards poverty.