The company intends to make ‘significant’ investments to increase the production capacity of power transmission submarine cables and technological equipment at its excellence centres.

It also plans to invest more than €80m to expand its Arco Felice plant in Naples, Italy, especially in view of the Tyrrhenian Link interconnection.

Prysmian plans to invest more than €100m in its centre of excellence in Pikkala, Finland, as well as its facility in Gron, France. 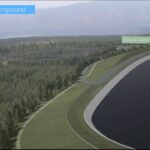 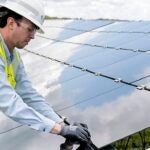 In addition, Prysmian is expediting its plan to build the first high-voltage submarine cable facility in Massachusetts, US, investing nearly €200m in this facility.

Prysmian Group CEO Valerio Battista said: “Development of the trans-European power grid plays a strategic role in decarbonisation and in the transition to renewable sources, as well as in improving EU energy autonomy — an urgent need that has returned to the fore with the Russia-Ukraine conflict.

“As a global leader in the cable industry, we have decided to increase investments chiefly in support of energy interconnection projects and connections for renewable sources.”

Claimed to be the largest of its kind in the world, the vessel has required an investment of more than €170m.

Earlier this month, Prysmian Group completed the North Sea Link between the UK and Norway, which is said to be the world’s longest submarine electricity interconnector.