Adviser of the Ukrainian presidential office Mykhailo Podolyak said late on 24 February that the Chernobyl nuclear power plant has been captured by Russian forces. 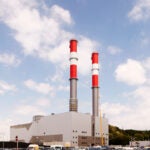 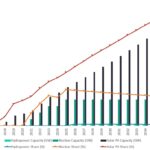 Russian Defense Ministry also confirmed it has gained complete control of Chernobyl, and added that the radiation levels are normal.

“Our defenders are giving their lives so that the tragedy of 1986 will not be repeated.

“Reported this to Swedish Prime Minister Magdalena Andersson. This is a declaration of war against the whole of Europe.”

The country’s foreign ministry tweeted that the attack could lead to an ‘ecological disaster’ similar to that caused when a reactor at the plant exploded in 1986.

It said: “In 1986, the world saw the biggest technological disaster in Chernobyl. If Russia continues the war, Chernobyl can happen again in 2022.”

In a separate development, a power plant located in Ukraine’s eastern region has been damaged due to a fire that began during shelling.

On 23 February, DTEK Energy stated the plant has been under attack for the past 24 hours. The damage to the facility caused by the shelling has left thousands of citizens without heat or power.

Located in Shchastya town in Luhansk, the power plant is the largest power producer in the region.

Critical staff at the plant have been shifted to a bomb shelter.

The plant is close to the line of contact between Russia-supported separatists and the Ukrainian army.

It is owned by Ukraine’s richest citizen, Rinat Akhmetov.

At least 11,500 people have been affected due to the cut in power supply, reported Bloomberg.

In a statement given to Bloomberg, DTEK Energy said that the fire had burned out and firefighters could not intervene because of the shelling.

The company added that no casualties have yet been reported.

Following Russia’s invasion of Ukraine, German Energy Minister Robert Habeck said at a news conference that an application by Russia’s state-owned power firm Rosatom to acquire a stake in a nuclear fuel reprocessing facility in Lingen, Germany, had been withdrawn, reported Reuters.