With a total capacity of 289MW, the developments are located in Guadalajara, Lugo, Malaga, Zaragoza, Huesca, La Coruña and Cadiz.

The wind turbines will be installed at ten wind farms under development in these locations.

SGRE has also agreed to operate and maintain all of these wind farms. 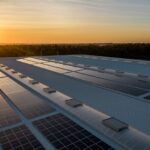 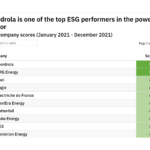 "With a total capacity of 289MW, the developments are located in Guadalajara, Lugo, Malaga, Zaragoza, Huesca, La Coruña and Cadiz."

The company intends to start the delivery of the new turbines from October this year, depending on each project.

Additionally, these farms will be serviced by SGRE for a period of ten years.

Under the contract, Viesgo will receive seven SG 3.4-132 turbines (24MW) for the El Marquesado wind farm located in Puerto Real (Cadiz), which will be operated and maintained by SGRE for 15 years.

For the Comunidad General de Riegos del Alto Aragón, a public irrigation scheme, SGRE will build the El Balsón wind farm under an engineering, procurement and construction (EPC) contract, which will see the installation of SG 3.4-132 turbines for a total capacity of 31MW.

The wind farm is being developed in Gurrea de Gállego (Huesca).

SGRE will supply 25 turbines that include 19 SG 3.4-132 turbines and six SG 2.1-114 turbines to an energy company for three wind farms located in Lugo, Malaga and Guadalajara, with an aggregate capacity of 79MW.

A total of 28 SG 2.6-114 turbines will be installed for another energy company at three wind farms, two of which are in La Coruña.