Located in Petershagen, North Rhine-Westphalia, the 875MW power plant will produce electricity from 29 August until 30 April 2023, with the option to extend production for another year.

In a statement, Uniper said that the plant’s envisaged operations will be restricted because of limitations on the rail transportation capacity of hard coal to the site.

It added that these restrictions can be lifted once additional transportation capacity becomes available. 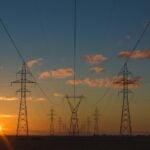 With four weeks’ notice, the company can revoke the decision regarding Heyden IV’s return to the market at any time.

Uniper cancelled commercial operations of the power plant at the end of 2020 as part of its decarbonisation plans.

The company aims to achieve carbon-neutrality in Europe by 2035.

The Heyden IV power plant served as a reserve power plant but has not generated any electricity for the market since last year.

Uniper planned to shut down the power plant permanently on 8 July last year, but the German regulator Bundesnetzagentur said that the facility was systemically relevant and necessary for the secure supply of gas to the region on 1 June.

Based in Düsseldorf, Uniper has around 33GW of installed generation capacity and operates in more than 40 countries.

In December last year, the company announced plans to construct the Pjelax-Böle and Kristinestad Norr wind parks in Närpes and Kristinestad, Finland, in partnership with Fortum.

The two wind farms will have a combined capacity of 380MW and will be built in partnership with Finnish energy company Helen.

They will feature 56 wind turbines and generate nearly 1.1TWh of clean energy in total.