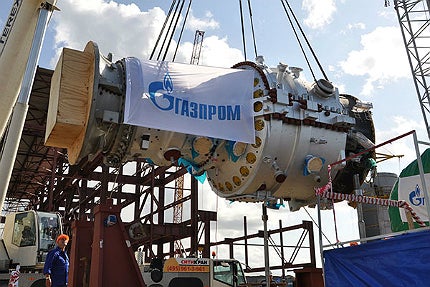 Adler Power Plant, located in the Sochi District of Russia, is an advanced combined heat and power station (CHPS) built by Gazprom.

The plant was built as part of the Program for the Construction of Olympic Venues. It will supply heat and power to the Olympic venues and sports and tourist infrastructure in the Imereti Lowland region.

The plant has a gross installed capacity exceeding 360MW. It produced its first power in January 2013. Power supply from the Adler plant is also scheduled to be extended to the Blinovo District. Russian wholesale power generating company WGC-2 is the operator of the Adler CHPS.

Adler CHPS became one of the first Olympic energy facilities that passed the public hearings and obtained state and environmental approvals.

"Russian wholesale power generating company WGC-2 is the operator of the Adler CHPS."

The test run for the first gas turbine unit (GTU-1) was successfully made and the unit reached the full capacity of 65MW in June 2012. Tests for the other units were also performed successfully.

The plant is equipped with modern combined-cycle technology, which consumes less fuel and reduces the amount of airborne pollutant emissions, when compared to other technologies.

"Advanced combined cycle gas turbine technology secures an efficiency of 52%, and achieves a 30% reduction in emissions."

Advanced combined cycle gas turbine technology secures an efficiency of 52%, and achieves a 30% reduction in atmospheric emissions, when compared to other conventional steam turbines.

The plant is installed with an automated membrane-based water cleaning system. The switchgear building is insulated by sulphur hexafluoride. Power is supplied through the switchgear to the national grid.

Gazprom launched construction of the Adler CHPS in 2009. The CHPS is built in an area of 9.89ha. Construction works for the Adler power plant involved a main building, including a machine room with steam turbines and unit switch board rooms.

Construction works also included rooms for an automated process control system and installation of container-type gas turbines with recovery boilers. A gas supply facility, which is made of two strings measuring 25km each, was also constructed. Fireproof coating cables were installed as a safety measure.

Gazprom is the owner of the Adler CHPS project. Gazprom Investproject, a subsidiary of Gazprom, provided RUB 19.5bn ($625m) of financing for the project. A loan was also availed from Vnesheconombank.

Mosenergo was the general contractor for the Adler CHPS. The company was responsible for the design, construction and engineering of the plant.

Premium Engineering, a sub-division of Red Mountain Energy, supplied and installed the equipment for the booster pump station.

The 420MW power generation unit at Mosenergo, Moscow is being built on a turnkey EPC contract basis.