215MW of electricity and 110MW of thermal heat

Construction of the biomass power plant is anticipated to start in the first half of 2016. Image: courtesy of Port of Ghent.

GE Steam Power Systems will perform the engineering, design and construction, whereas Veolia will operate the plant for 15 years. 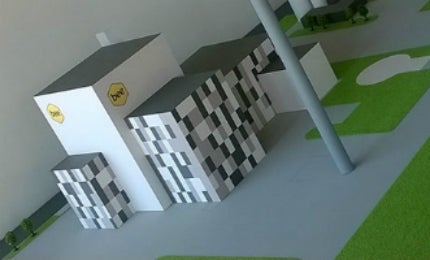 The plant’s construction is expected to begin in the first half of 2016. The overall investment in the project is estimated to be more than € 450m.

The project will create approximately 1,100 jobs during the construction phase, and between 100 and 120 jobs during its estimated production life of at least 35 years.

Its electrical output will account for 2% of the country’s overall electricity production and will be equivalent to serving 450,000 households. The thermal output will be sufficient to serve approximately 240,000 residents.

The new power plant will also offset 450,000t of CO2 emissions a year compared to a natural gas-fired power plant. It will also enable the country to reach the climate change target set by the European Union, which calls for a 20% reduction in greenhouse gas emissions by 2020, compared with 1990 levels.

The project will primarily involve the installation of a circulating fluidised bed boiler (CFB), a steam turbine and a generator for production of electricity. It will also be equipped with cooling systems and flue gas cleaning systems.

Other ancillary facilities at the project site will include a water treatment plant, a diesel-powered ancillary steam boiler, an emergency power supply system and feedstock storage facilities.

The plant will be equipped with either a standalone selective non-catalytic reduction (SNCR) system or a combination of SCNR and SCR DeNOx systems to reduce nitrogen oxide (NOx) emissions, and a bag filter to reduce dust emissions.

Feedstock supply and storage for the biomass-fired plant

The feedstock will be sourced from Maine and southern Africa. The wood chips and harmful shrubs will be shipped to the project site by Mitsui.

“It will enable the country to reach the climate change target set by the European Union, which calls for a 20% reduction in greenhouse gas emissions by 2020, compared with 1990 levels.”

Abengoa was awarded the engineering, design and construction contract for the project in November 2014. The contract was subsequently cancelled due to financial issues and GE Steam Power Systems was selected to build the plant, in February 2016.

Veolia was awarded a €150m ($170m approximately) contract to operate the power plant for 15 years in October 2015. The environmental impact analysis report on the project was prepared by SGS Belgium.

In this report, we look at the 30 big tech themes for 2019, identifying winners and losers for each theme. This report will impact all industries helping: