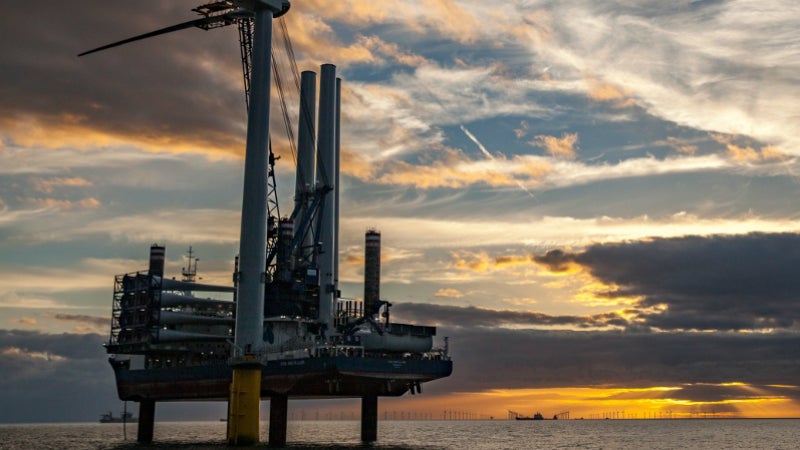 Project operator Dong Energy holds a 50% interest, while the remaining 50% interest is equally shared by PKA and KIRKBI.

First power from the project was generated in November 2016, and the extension was commissioned in May 2017.

With an installed capacity of 258MW, the wind farm is capable of serving approximately 230,000 homes. It generated approximately 150 local jobs during construction and 75 full-time jobs during the operations phase.

The turbines are fixed on transition pieces, which are further supported by monopile foundations. The installation of the turbine foundations was completed in July 2016 and the first turbine was installed in September 2016.

The construction base for the project is the Cammell Laird’s site in Birkenhead.

The output from the turbines is conveyed via inter-array cables to the new offshore substation, which is then conveyed to a new onshore substation at Bodelwyddan, south-east of St Asaph Business Park, via submarine and underground cables.

Onshore underground cables will further transfer the electricity to the national grid through the 400kV Bodelwyddan onshore substation.

Diamond Transmission Partners (DTP), a consortium of Mitsubishi Corporation and HICL Infrastructure, was selected to own and operate the offshore transmission link to the wind farm, in July 2017.

Contractors and suppliers involved with the wind farm in Liverpool Bay

“The wind farm is capable of serving approximately 230,000 homes.”

The monopile foundations and the associated transition pieces for the project were manufactured and supplied by Offshore Structures (Britain), a joint venture of EEW Special Pipe Constructions (SPC) and Bladt Industries.

MENCK supplied its proprietary MHU 3500S hammer for the installation of the monopiles.

The substation automation solutions supply contract for the project was awarded to Alstom Grid.

The turbines were installed by A2SEA deploying its offshore installation vessel, Sea Challenger.

The onshore cabling and pipeline contractor for the project was Volker Infra, who worked in collaboration with its sister company VBMS, whereas the contract for the installation of the offshore export cables and infield cables was awarded to Jan De Nul Group.

Tekmar was contracted to supply its proprietary TekLink mechanical latch systems for the protection of the cables.

The aerial surveys for the project were performed by HiDef Aerial Surveying, the metaocean data was provided by ABPmer, and the unexploded ordinance investigation and explosive ordinance disposal services at the offshore site were performed by Modus Seabed Intervention in collaboration with N-Sea, and Ramora.