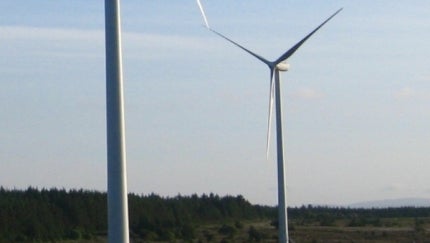 The 99MW Cape Scott wind farm is situated approximately 35km to the west of Port Hardy in Vancouver Island, British Columbia. Formerly known as Knob Hill wind farm, it is the first utility-scale project to be developed on the western coast of British Columbia.

The C$325m (approximately $290m) project is owned, developed and operated by GDF SUEZ Canada, Mitsui and Fiera Axium. GDF SUEZ Canada, a subsidiary of GDF SUEZ, holds a 40% stake, while the other two companies hold 30% each.

Sea Breeze Power had initiated the Cape Scott project under the name Knob Hill, and conducted the site identification and obtained all the required permits before selling it to International Power, a fully-owned subsidiary of GDF SUEZ. Sea Breeze is entitled to a quarterly royalty payment of 1% of gross revenue generated.

"The power generated is transmitted to the Port Hardy Substation via a 132kV transmission line."

Located on the Knob Hill Plateau, on the northernmost region of Vancouver Island, it is the first wind energy project to be approved by the Environmental Assessment Office of British Columbia. An expansion to add 50MW capacity is also planned.

The wind farm extends over 864 acres (350ha) outside of Cape Scott National Park and comprises 55 Vestas V100 1.8MW turbines. The turbine tower is made of tubular steel and has a hub height of 80m. Each turbine has three blades measuring 49m long, while the rotor diameter is 100m and swept area is 7,854m².

Construction of the wind farm

Early works mainly focused on clearing the land for roads and other civil construction works, with construction consisting of a concrete batch plant, site access roads, turbine and substation foundations, installation of the concrete batch plant, and the turbines. A 40km-long transmission line for connecting the facility to the grid was also built.

Approximately 33km of site access roads were constructed as part of the project.

Transmission and sale of the generated power

The power generated by the wind farm is transmitted to the Port Hardy Substation via a 132kV transmission line, with BC Hydro purchasing this under a 20-year power purchase agreement signed in March 2010.

Financing for the Canadian wind farm

The Cape Scott wind farm was financed by Japan Bank for International Cooperation and a group of commercial banks comprising The Bank of Tokyo-Mitsubishi, Mizuho Corporate Bank and Sumitomo Mitsui Banking Corporation.

Contractors involved with the project

The engineering, procurement and construction (EPC) contract was awarded to the joint venture (JV) of AMEC and Black & McDonald. The contractual scope included an upgrade of the existing forest roads, construction of site access roads, transmission line, and laying the turbine foundations. The JV also installed the electrical collector system and switchyard, and conducted the turbine erection and commissioning.

Amix Heavylifts received the contract to conduct shore offloading of the wind turbine tower components at the Duke Point facility, while Mega Cranes supplied 240t Liebherr cranes for offloading and delivering the windmill components to the site.